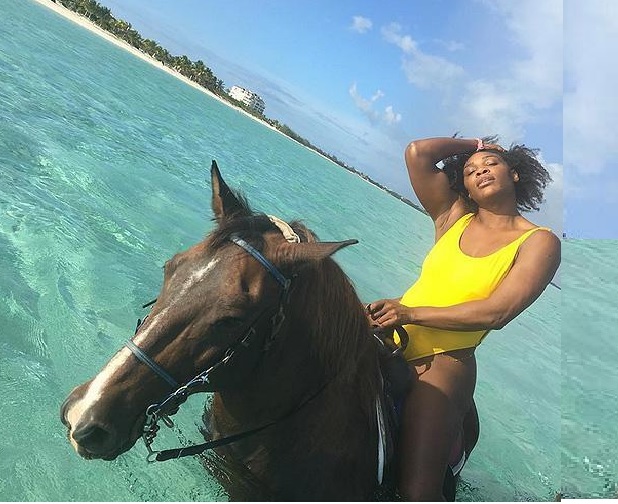 The 23-time Grand Slam champion took a much-needed long break from tennis to give her body sufficient time to heal and recover after she sustained a career threatening injury.

Serena Williams has enjoyed a much-needed vacation after tearing her hamstring at Wimbledon. The American took in stunning views of the beach atop a majestic horse (as one does). 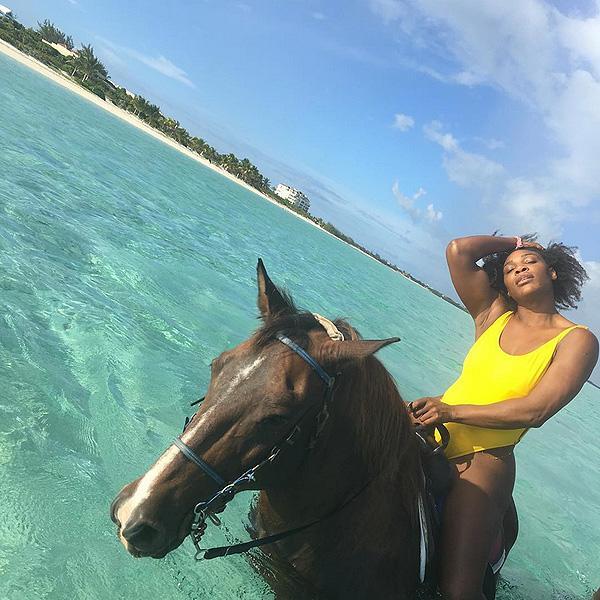 She also referenced the rarity of getting days off in a separate swimsuit shot. Serena Williams addresses giant horse in the room. Serena Williams grabbed the controversy surrounding the alleged snub of American Pharoah by the reins during her Sportsperson of the Year acceptance speech.

The day (or days) off came just before heading to Nice, France to support her coach Patrick Mourataglou as he celebrated the grand opening of his relocated academy.