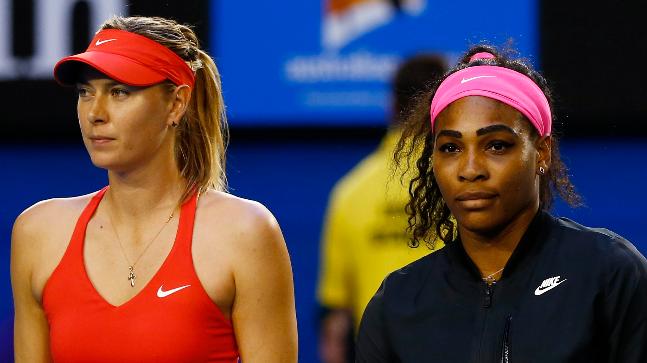 Williams holds a 19-2 career record against Sharapova, whom she has never faced in Flushing Meadows over their long careers.

Serena Williams has beaten Maria Sharapova nearly everywhere. On courts hard and soft, fast and slow, indoors and outdoors. Blue clay was a novelty surface introduced for only one week, in Madrid in 2012; Williams made sure she beat Sharapova there, too.

But Williams, 37, and Sharapova, 32, who have met in the finals of the other three Grand Slam events, have never played each other at the United States Open. That will change this year: The eighth-seeded Williams on Thursday drew the unseeded Sharapova for a first-round matchup in this year’s women’s singles competition. Williams has won her last 18 matches against Sharapova, dating to 2005, and is 19-2 over all against her.

The two have not played each other since the 2016 Australian Open. Shortly after that match, Sharapova produced a urine sample that tested positive for the substance meldonium, which had recently been banned, resulting in a suspension that ultimately lasted 15 months.

When Sharapova returned to the tour, in April 2017, Williams was on maternity leave after giving birth to her daughter, Olympia, seven months earlier. Williams and Sharapova were supposed to face each other in the fourth round of the 2018 French Open, Williams’s first Grand Slam event as a mother. But Williams withdrew shortly before the match was scheduled to begin, citing a pectoral injury.

Williams has reached finals at three of the last five Grand Slam events — the last two years at Wimbledon and at the controversy-plagued 2018 U.S. Open — but has not won a title since returning from childbirth.

Sharapova has won only one title since her ban, in 2017 at a small tournament in Tianjin, China. After defeating the defending champion Caroline Wozniacki en route to the fourth round of the Australian Open in January, Sharapova missed most of the season with injuries and is ranked 87th, which made such a star-studded first-round match possible. Williams has an injury cloud of her own: She retired from the Canadian Open final and pulled out of the Cincinnati tournament with back spasms. She has not finished a hardcourt tournament this year without an injury or illness causing her exit.

Sharapova had a high-profile first-round match at the U.S. Open two years ago, prevailing against second-seeded Simona Halep. That win is among the few bright spots in her post-suspension career, which has not seen her re-enter the top 20.

The winner of the Williams-Sharapova match will face either 88th-ranked Timea Bacsinszky, a former top-10 player, or Caty McNally, a 17-year-old American who reached the semifinals of the Citi Open in Washington this month. Hsieh Su-wei, a tricky Taiwanese veteran seeded 29th, looms in the third round. Anastasija Sevastova, who is seeded 12th and has reached the quarterfinals or better in each of the last three years at the Open, is a potential fourth-round opponent.

All these players share the bottom quarter of the draw with second-seeded Ashleigh Barty, this year’s French Open champion.

Queen Of The Court: Serena Williams Speaks MOTIVATIONALLY On How Tennis Has Changed Her WHOLE Life… See Details