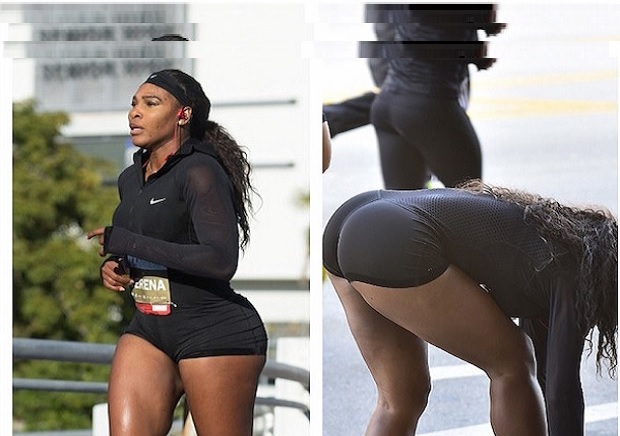 Serena Williams sparkled at the 2022 Producers Guild Awards on Saturday night. The tennis icon arrived at the the Fairmont Century Plaza in Los Angeles with numerous stars, including Kristen Stewart, Kerry Washington and sister Venus Williams. 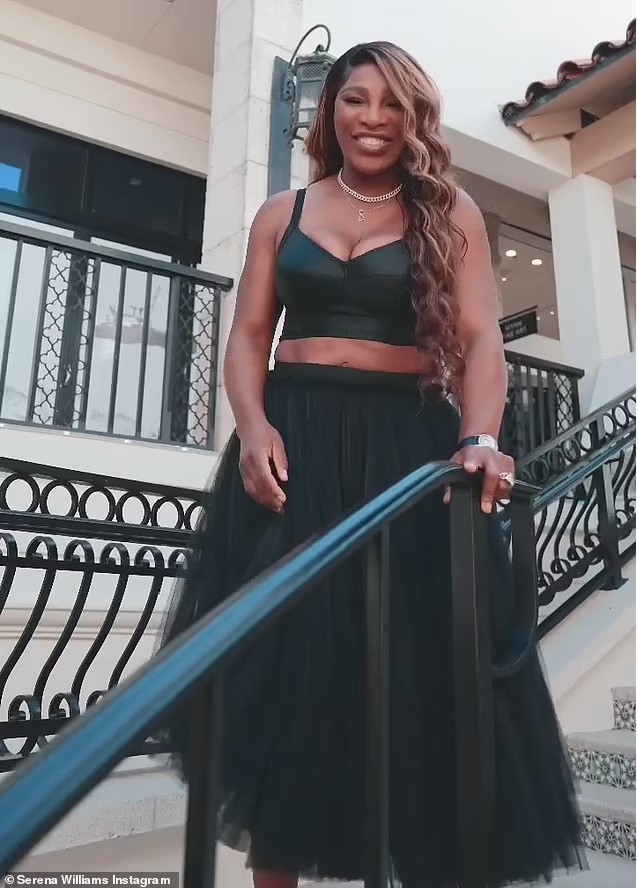 While hitting the red carpet, Williams posed with her sister and “King Richard” star Will Smith in a draped gown by CD Greene. Styled by Jason Bolden, Williams’ dress featured a dark red velvet minidress silhouette with a crystal-coated bodice and plunging neckline. The sleek number was completed with a flowing velvet and magenta silk train. Williams finished her look with sparkling rings and drop earrings by David Webb. 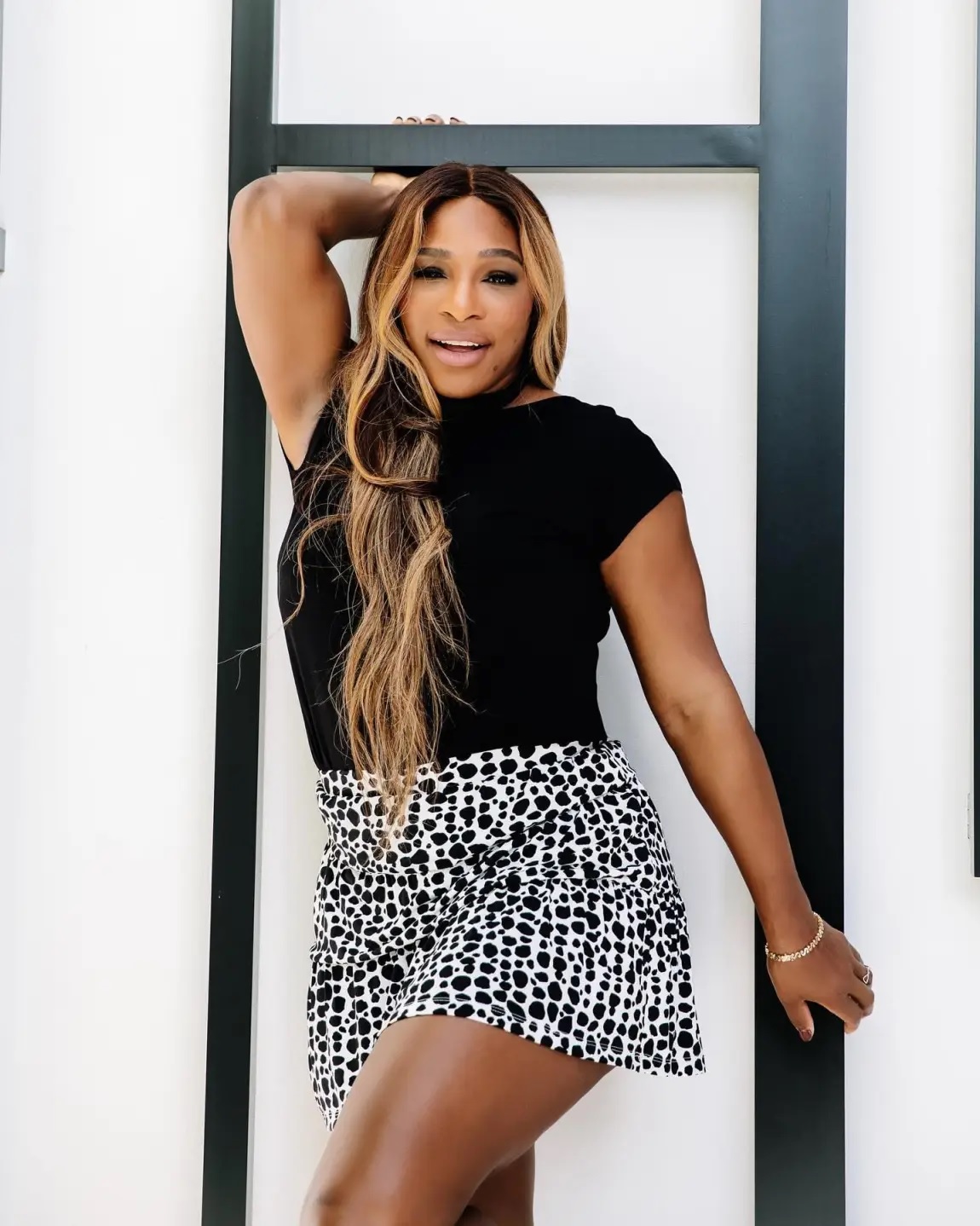 When it came to shoes, Bolden strapped the ESPY Award winner into a pair of bold Voyette slingbacks. The sleek style featured PVC uppers with pointed toes, as well as crystal slingback straps for a dash of glamour. 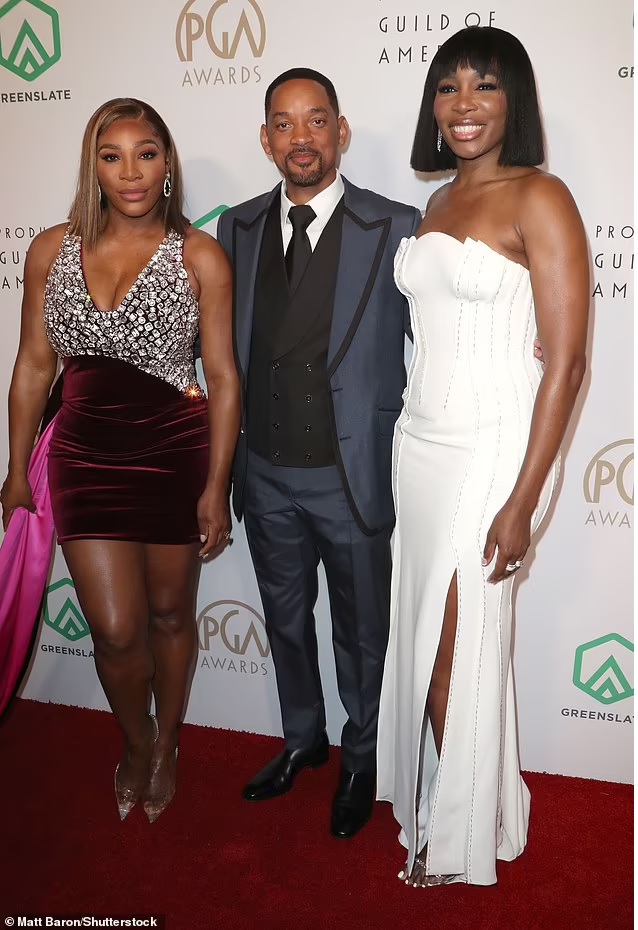 The 2022 Producers Guild of America (PGA) Awards celebrated the achievements of top producers across film and television. Held at the Fairmont Century Plaza in Los Angeles, the event awarded George Lucas and Kathleen Kennedy with the PGA Lifetime Achievement Award and Rita Moreno with the Stanley Kramer prize. 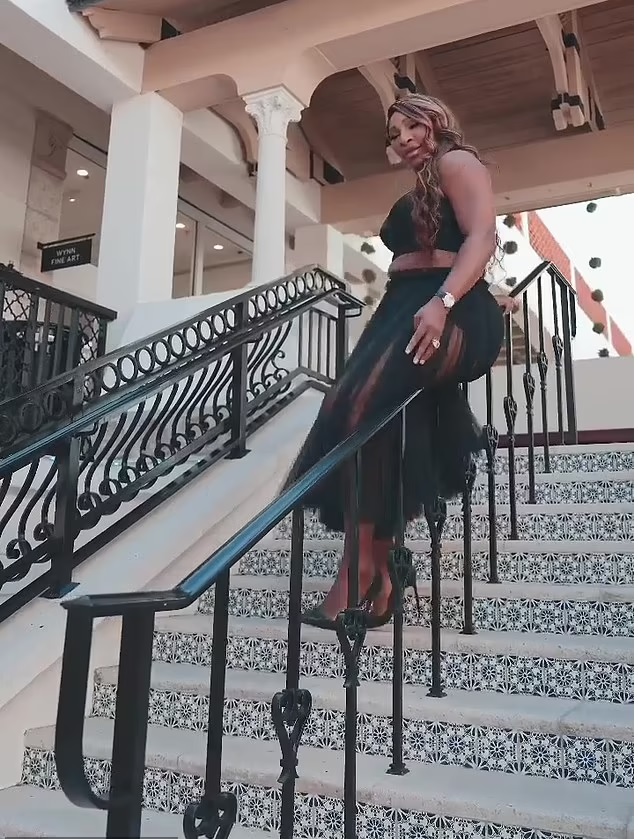 On the film front, top awards went to “CODA,” “Summer of Soul” and “Encanto.” For television, “Succession,” “Ted Lasso,” and “Mare of Easttown” were the night’s top winners.

Serena Williams, 40, Reveals Her Ultra-Toned Abs And Arms In A Black Sports Bra In A New Instagram Photo

Serena Williams is flaunting her strong abs and arms in her latest photo on Instagram. In the photo, the 40-year-old posed in a black Berlei sports bra paired with black leggings and gold jewelry. The Serena captioned the photo, “I need to feel confident on the court, and an unsupportive bra is the last thing I want to worry about.” Her followers shared their thoughts in the comment section, with one user saying, “G.O.A.T 💪🏾 Salute.” Another fan added, “Absolutely gorgeous. 😍❤️🔥”

Curious to know what Serena does to get so toned? Aside from being a 23-time Grand Slam champion on the tennis courts, she’s always mindful of her eating habits.

Last year, Serena told Women’s Health that while she doesn’t like to overthink her diet, she likes to stick to foods that ate high in nutrients. “My philosophy is eat to live. Don’t live to eat,” she said. “I want to have a healthy lifestyle and, so you know, [I’m eating] a lot of greens and mostly plant-based lately, just super healthy stuff.”

For Serena, fueling up with the right foods gets her closer to reaching her fitness goals. “You need [food] to survive. And [that’s] very hard to live by, cause I definitely love to snack, but this is what I want. These are my goals,” she explained.

Like many parents who have their hands full, Serena occasionally skips meals if she’s running around with her daughter Olympia. But overall, she likes to wait until she’s hungry to eat, which means sometimes she skips breakfast. “When I roll out of bed [in the morning], I’m just not hungry,” she told WH.

As for lunch and dinner, Serena preps meals that are full of fiber and protein. Her go-to’s are a bean burger or tacos.

If she’s getting ready to compete, she’ll mix things up by adding fruit or pasta to her diet. “I usually like to have lots of greens before my match and then fruit actually, and a little carbs and some sort of a protein. So I try to knock them [her food groups] all out in one,” Serena said.

And if she’s ever low on ideas, she skims through social media to find new recipes. “I get inspired by what I see on Instagram,” she says, “and I love making it.”

Serena Williams Shuts Down The Internet As She Shows Toned-Abs, Bare-Body On IG While Wearing Men’s Desire