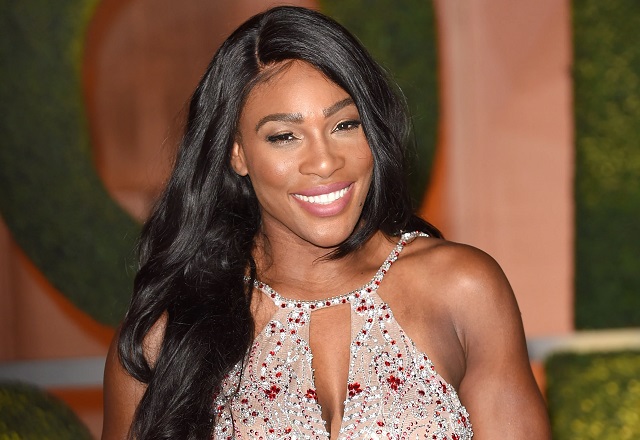 Serena Williams seems to look good in just about anything. On Sunday, the tennis superstar took to her Instagram to show off her new favorite red boots while also rocking a short skirt.

The mom of one appeared to be happy and relaxed as she chilled next to a pool while sitting in a black wicker egg-shaped chair. The pattern of the chair had the illusion of spider webs intricately spun together. It was held onto the matching stand by a chain attached to the top. 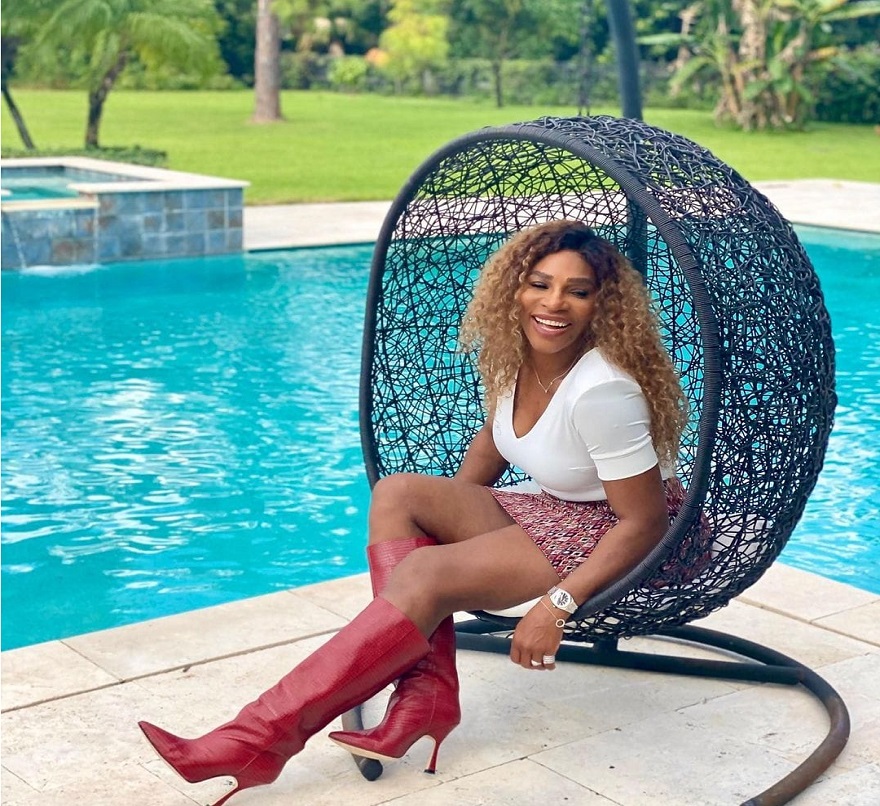 Serena relaxed on it while wearing a white short-sleeve top with a V-neckline that dipped down low enough to reveal a very slight hint of cleavage. It was snug enough to accentuate her full bosom. The top was tucked into a diamond-patterned mini-skirt that had different shades of red, as well as pink and white mixed in. The garment was short enough to expose Serena’s sculpted thighs.

The highlight of the chic outfit were the gorgeous red knee-high boots by shoe designer Stuart Weitzman. The thin high heels and pointed toes were perfect for either dressing up or going casual as Serena did in the Instagram snap. She showed off the footwear by extending her left leg out in front, while the other one was bent behind it. 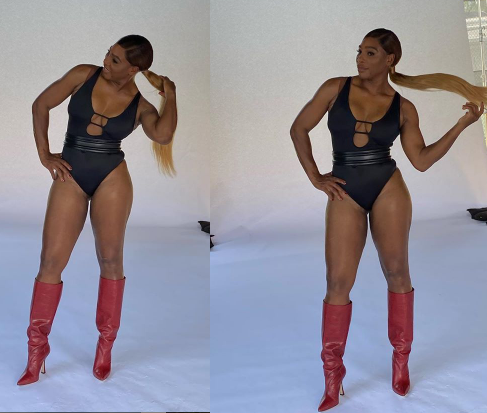 The tennis star indicated in the caption that she really loved them. She looked flawless in the whole ensemble.

Serena’s arms were relaxed down by her side and she smiled big as the photo was being taken. Her brown curly tresses were worn down and flowed down around her shoulders. The 39-year-old Grand Slam champ accessorized the outfit with a gold watch and a bracelet on the same wrist. She also sported two rings on her fingers and a short chain necklace.

Her chair was situated right next to a pool with water that sparkled in the sunlight. There were a few trees seen in the picture behind her. 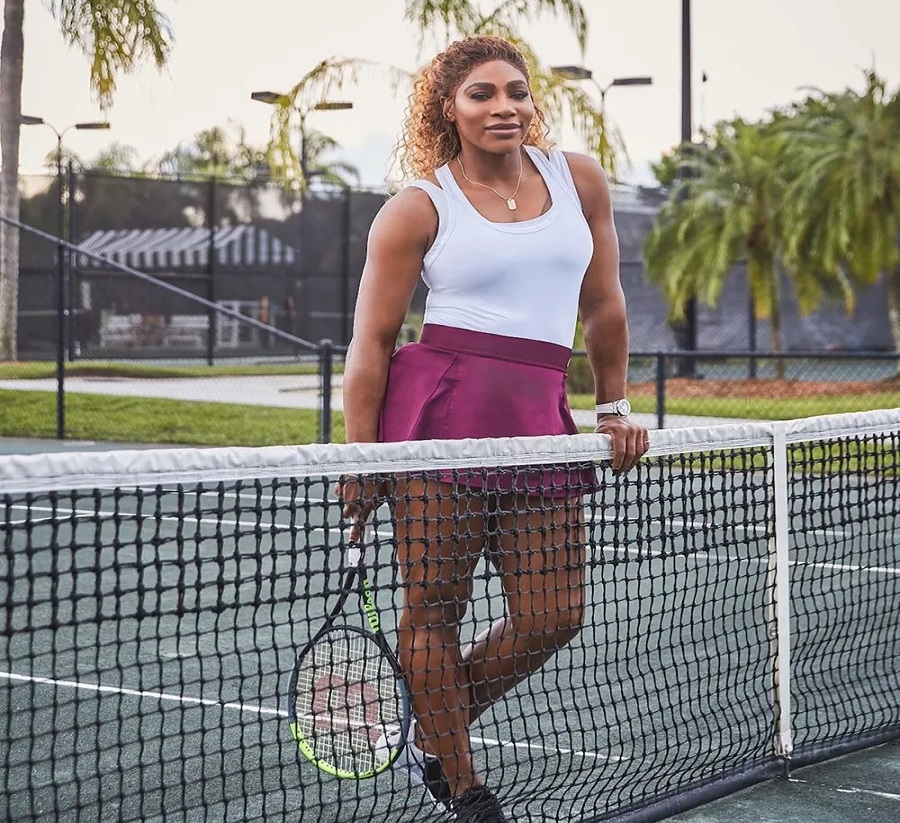 She certainly seemed to wow her 12.7 million Instagram followers. The post was a huge hit as she received over 73,000 likes in the first two hours after she shared it. The comments gushed over her style choice.

“Those boots are hot,” an admirer noted.

Serena Williams Partners With Bumble for a Noble Cause

WATCH: Serena Williams’s Husband Asked Her of the Importance of Owning Who You Are: ‘I Wouldn’t Be Me If I Wasn’t Black’