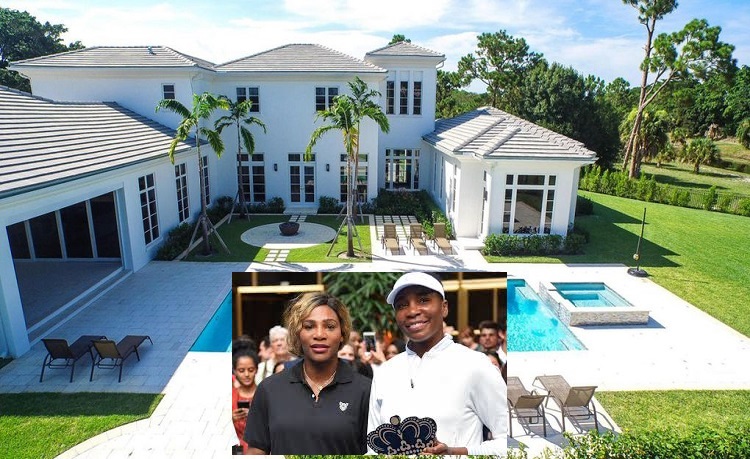 This week, Serena and Venus Williams will hit the court once again at the 2019 U.S. Open in New York.

And while they’ve clearly dominated the tennis game for years—both as a pair and solo—the sisters have also pursued individual passion projects which have led them into the world of design.

Serena has tackled fashion, while Venus has taken on sportswear and interior design, even starting her own firm, V Starr Interiors.

Architectural Digest was able to sit down with each member of the dynamic duo separately at the 2019 Palace Invitational at Lotte New York Palace (an event where some of the biggest names in tennis battle for glory in a spirited badminton tournament) to learn about how their senses of design differ and the exciting new design project Venus is working on.

Architectural Digest: How are your styles the same or different? 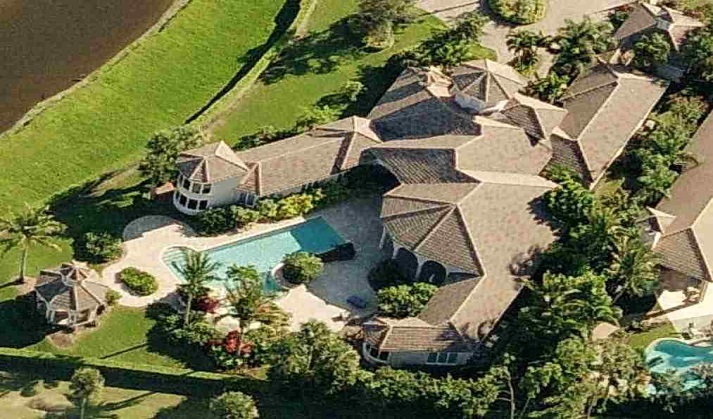 Venus Williams: To me, the style is always evolving, hopefully. But I think that she’s always evolving her style. I think my own style is just eclectic and interesting. I like to make connections where there aren’t any. I think in a space there should be discovery. When you walk into a space, you want something you don’t expect. If I’m designing my own space, that’s how I would design it.

AD: Serena, do you think your styles are different?

Serena Williams: It’s hard to say cause because it depends on your house. If the structure of your house looks a certain way, then you need to find the furniture to go with it. You could have an old structure with supermodern furniture, but it still has to work. We live in completely different structures.

AD: Have you ever given Venus advice in terms of interior design? 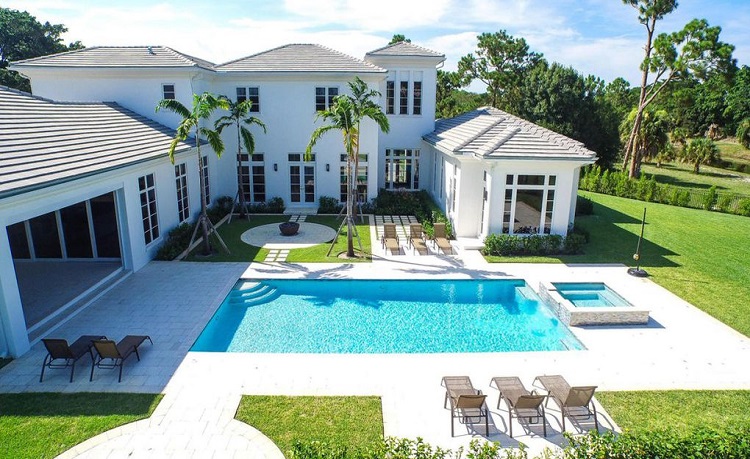 Serena Williams Homes Serve Up Lux Living On Both Coasts

SW: Oh, God, no! It’s so fun because we used to live together, and it was great because I would come home and the house would look different. I would love it, and it was perfect.

AD: Venus, has Serena ever given you tips on design?

VW: She’s really good at space planning, which is interesting because before I was doing any of this sort of design, I couldn’t do that. So, it’s interesting how she has a knack for it and creating spaces and connections. It’s pretty cool.

AD: Serena, have you learned anything about design since Venus started her design venture?

SW: I’ve learned a lot of stuff I never thought I would have learned. I love interiors, honestly. It’s been fun for me because I think fashion is definitely my stronger area more so than interiors. But I do know that I have certain things that I like and have certain tastes. 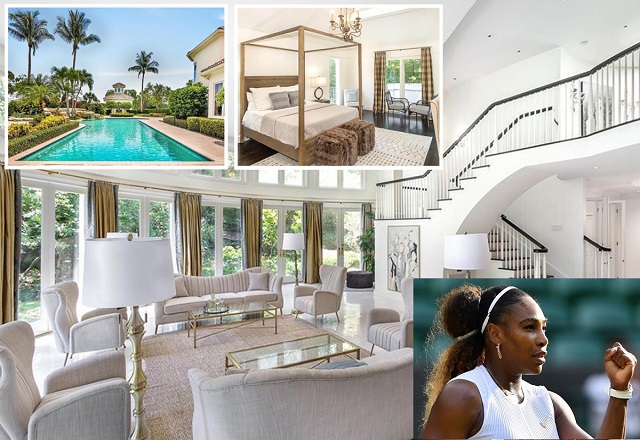 AD: How would you describe your style?

SW: Well, it changes from house to house. My house in L.A. is traditional with classic furniture and modern hints. I had an apartment in Paris, and it was more just about color blocking. I don’t have one particular style. Now that I’m in Florida and building a house, it’s supermodern but livable. So, it’s discovering that balance.

AD: Are you working with a designer for your new home?

SW: I’ll be working with V Starr Interiors. They’re doing everything, and it’s been great. They’ve had some amazing input, and I’m also super hands-on. 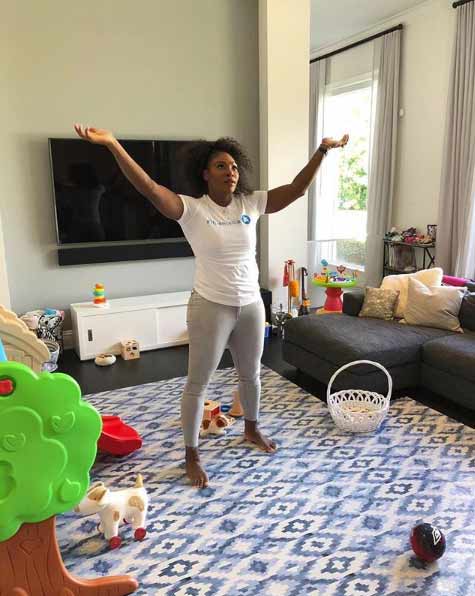 AD: What’s the biggest thing you’ve learned from working with Venus’s team through this process?

SW: Not being afraid to have something just totally different, unexpected, or whimsical. For example, we had this pillar that we couldn’t move. So, we used it and made it a stand-out piece, with light coming from the top of it. It’s so amazing.

AD: Venus, do you have a favorite room in your house?

VW: My TV room. I just moved into a really old house so it’s not designed or anything. At some point, I’ll probably build a new house, but for now, it’s just actually a cheery place. It’s got good bones. But I haven’t been there. I’m a very displaced person right now.

AD: Do you get inspired design-wise by your travels? 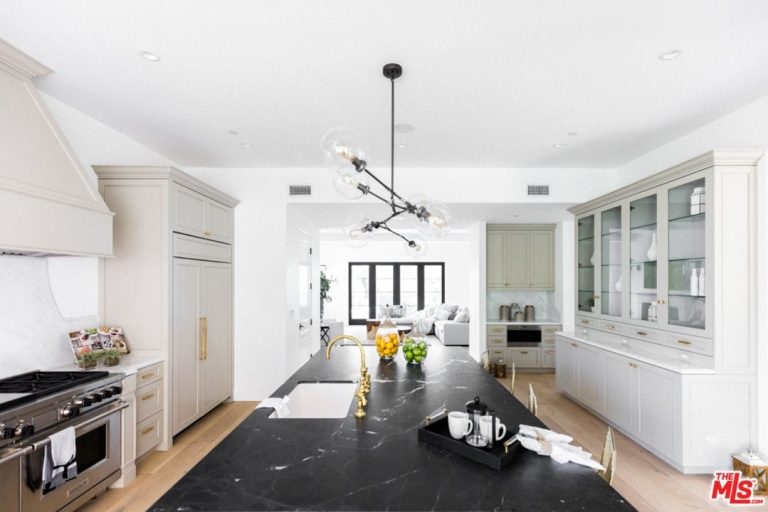 VW: I really want to go to New Mexico. They have a cool art scene, and I love textiles. It’s my love. So, there’s a lot of amazing textiles there. I want to take classes on Navajo weaving. I used to stay at different boutique hotels when I traveled, and that would expose me to new design as well. I love learning and seeing other ideas and getting inspired.

AD: Do you have a dream design project?

AD: What would you do with it?

VW: Trick it out. A lot of times in stadiums they don’t get the same amount of love, because people don’t understand that this space should be just as inviting and exciting as any other. And the same with hospitals, too. You can heal with aesthetics, colors, and with design. I would love to design an amazing hospital that made people feel welcome and happy. And with the stadium, I would make it so the halls are not just concrete. It’s actually design-worthy!

US OPEN: WHY Roger Federer May Not Win Another Grand Slam Again Except…