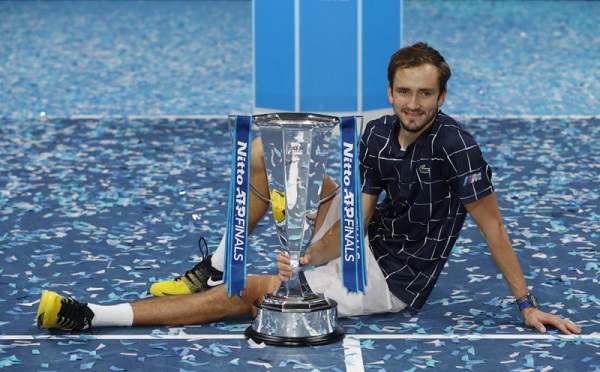 Celebrated tennis coach Patrick Mouratoglou has paid a rich compliment to newly minted ATP Finals champion Daniil Medvedev. Mouratoglou, who counts Serena Williams, Coco Gauff and Stefanos Tsitsipas among his star pupils, said that the Russian always found a way to claw back, much like a cat.

Daniil Medvedev always finds a way to claw back, says Patrick Mouratoglou
‘The Coach’ tweeted his praise for Medvedev after he beat Dominic Thiem and clinched his maiden ATP Finals title. 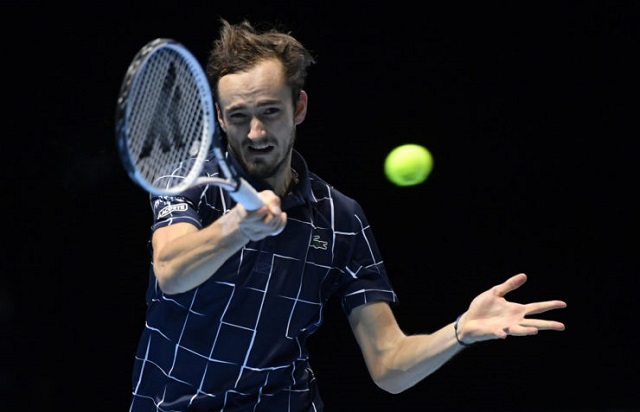 “Medvedev is definitely: The Cat. Whatever the situation, he always finds a way to fall back on his legs,” Mouratoglou said. The ‘Cat’ analogy sits well with the Russian as he scripted fairytale comebacks twice in two days to lift the coveted trophy in London.

Medvedev is definitely : The Cat.
Whatever the situation, he always finds a way to fall back on his legs.

Medvedev is fast emerging as the king of comebacks
The Russian was trailing by a set and a break in his last-four clash against Rafael Nadal before the big Russian turned the tables on him. Dishing out scintillating tennis, Medvedev wrested the momentum from the Spaniard and condemned him to his 10th trophy-less finish in London.

Nadal came into the event determined to end his title-drought and had made a good feast of things till the last-four stage. However, the Spaniard eventually succumbed to Medvedev’s tenacity. The Russian, running on tireless limbs and gallons of gumption, won 3-6, 7-6 (7-4), 6-3.

The title clash against the reigning US Open champion presented a déjà vu of sorts. Losing the opening set 4-6, Medvedev got his act together to get back in the game. Although the second set went into a tie-break, the Russian had the better of the exchanges. In the deciding set, the Russian got a crucial break of serve and held his own to win the title 4-6, 7-6 (7-2), 6-4.

However, Medvedev wasn’t the bookmakers’ favorite to play the title clash. In winning his biggest Tour title, the Russian also became the first player in tennis history to beat world numbers 1 (Novak Djokovic), 2 (Nadal) and 3 (Thiem) in a single tournament.