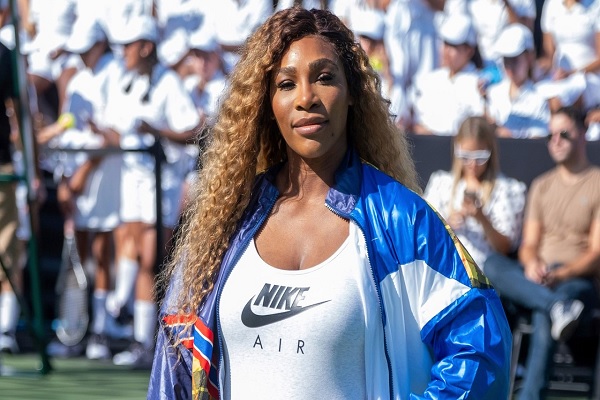 Osaka defeated Williams 6-2, 6-4, in the 2018 final after the Japanese star was awarded a penalty game by Ramos, handing Osaka a 5-3 lead on her way to victory.

Osaka was booed during the awards ceremony, consoled by a tearful Williams, and told the crowd, “I’m sorry it had to end like this,” later calling the moment “bittersweet.”

US Tennis Association president Stacey Allaster had announced that Ramos would not umpire any Williams family matches.

“This is our collective decision,” she said. “We want to focus on the competition.”

During the second set of last year’s final, Ramos issued a code violation warning against Serena for coaching, seeing her receive hand signals from coach Patrick Mouratoglou, who was seated in the stands.

Ramos later awarded Osaka a point after calling a code violation on Williams for racquet abuse, prompting complaints from Serena over the earlier warning, saying, “You will never do another one of my matches.”

At the next changeover after Osaka broke for a 4-3 lead, Williams called Ramos a “liar” and a “thief” for the lost point. Ramos took those insults as a third code violation and thus handed Osaka a game for a 5-3 lead, Williams arguing to tournament officials to no avail.

US Open tournament referee Soren Friemel noted the event has made selective choices regarding umpires before Ramos.

“In the end, our goal is to assign the best chair umpire for the right match. So in taking all those factors into consideration, the decision was made that he would not do any of the Williams sisters’ matches.”

Ramos, however, has not been banished from other high-profile matches at the US Open.

“Carlos has worked all the other Grand Slams,” Friemel said. “He has done Davis Cup, Fed Cup, he’s going to the Davis Cup finals. He’s considered still for all high-profile matches.”

Asked how she would feel about Ramos being an umpire in one of her matches, Osaka said: “I never really say that I don’t like an umpire, so I never change that. I’ll never be specific if I don’t want someone to umpire my match. I just go with whoever is doing it.”

Osaka, who also won this year’s Australian Open, and Williams had not met on the court since the US Open final until two weeks ago in Toronto, when Williams won 6-3, 6-4 in the quarter-finals.

Asked then if she felt she would have won the US Open final had she played so well last year against Osaka, Williams said she felt like that had been her rival’s time for glory.

“I think she was supposed to win that and she deserved to win New York,” Williams said. “It was her moment.”

As to her feelings toward Williams, Osaka told CBS she gets nervous being around the 23-time Grand Slam champion.

“I have this huge respect for her. It’s someone I’ve looked up to my entire life so I still feel a bit shocked whenever she reaches out,” Osaka said.

“I don’t say hi to her or anything because… I get so nervous. She always seems like she’s doing something important, so I don’t want to interrupt.”