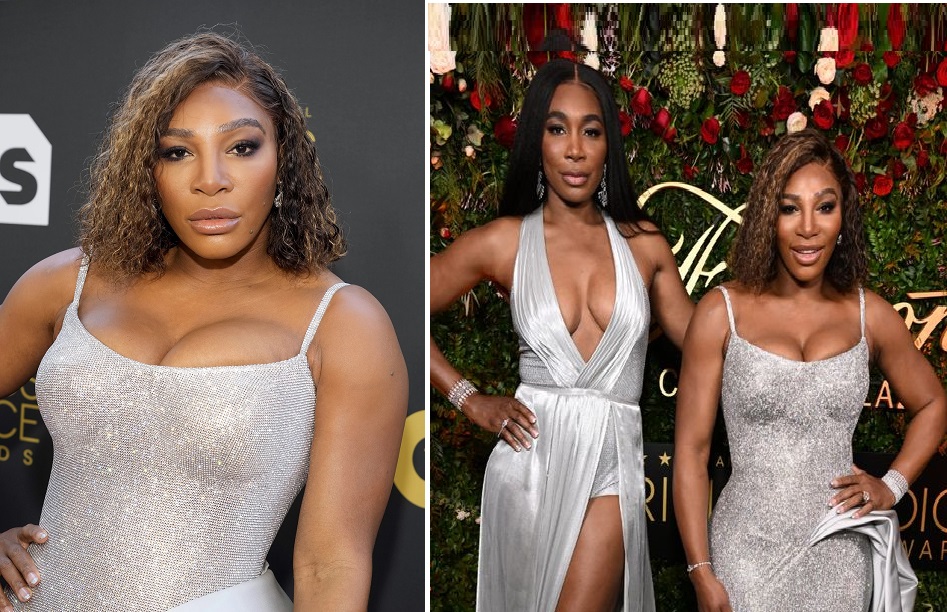 Serena and Venus Williams looked magnificent as they stepped out on the red carpet at the 27th annual Critics Choice Awards on Sunday. 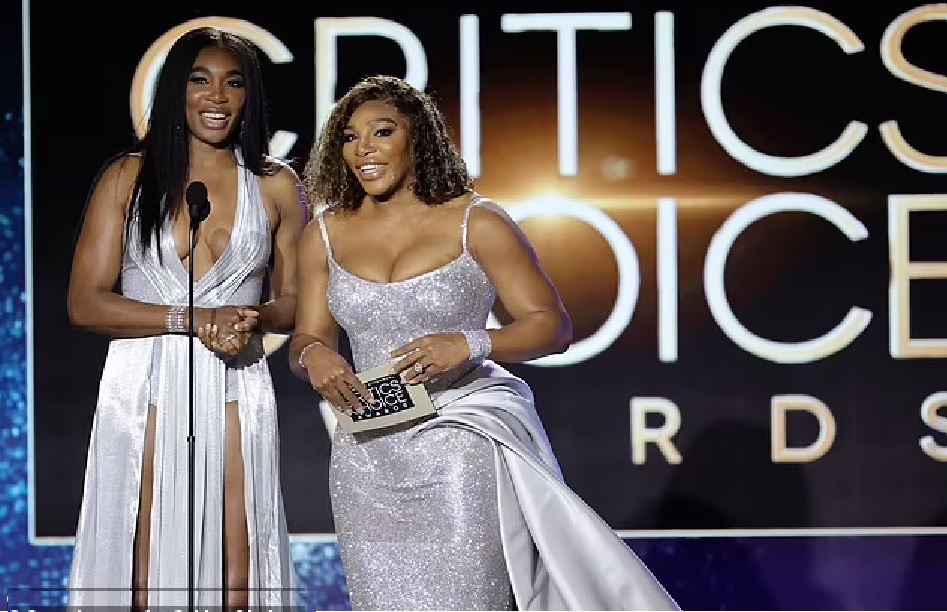 The sisters showed off their sparkle in silver Versace gowns, with Serena, 40, donning a form-fitting cleavage-baring gown, and Venus, 41, showcasing her toned legs in a saucy number with waist-high side splits. King Richard – the biographical drama film based on their lives – is nominated for best picture at the ceremony. 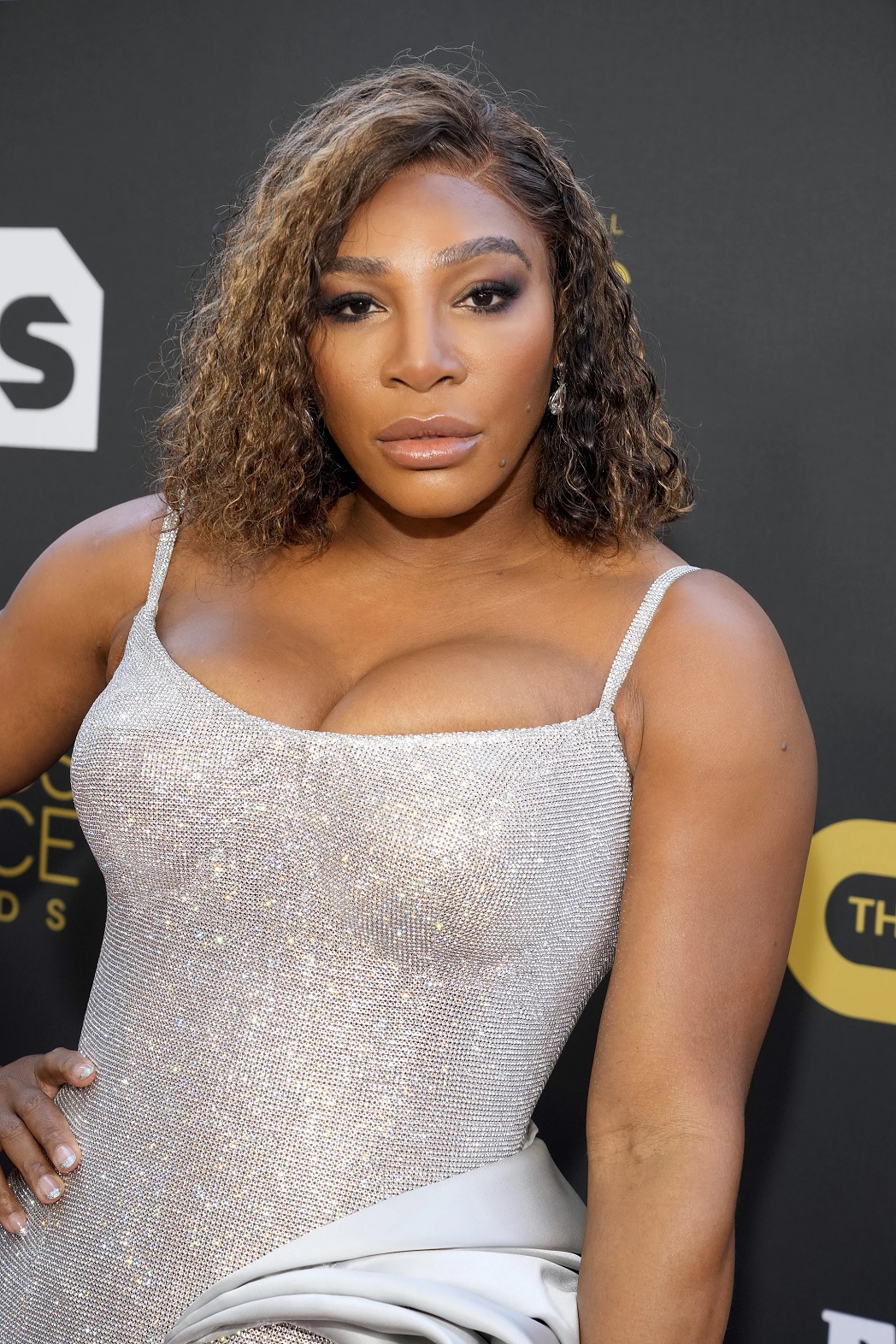 She wore her brown tresses parted on the side and in a chic shoulder-length bob style. As for glam, the athlete went with a well defined-brow, bronze eyeshadow and light pink lipstick. Serena also took to her Instagram Stories earlier in the day to show off the stunning dress. 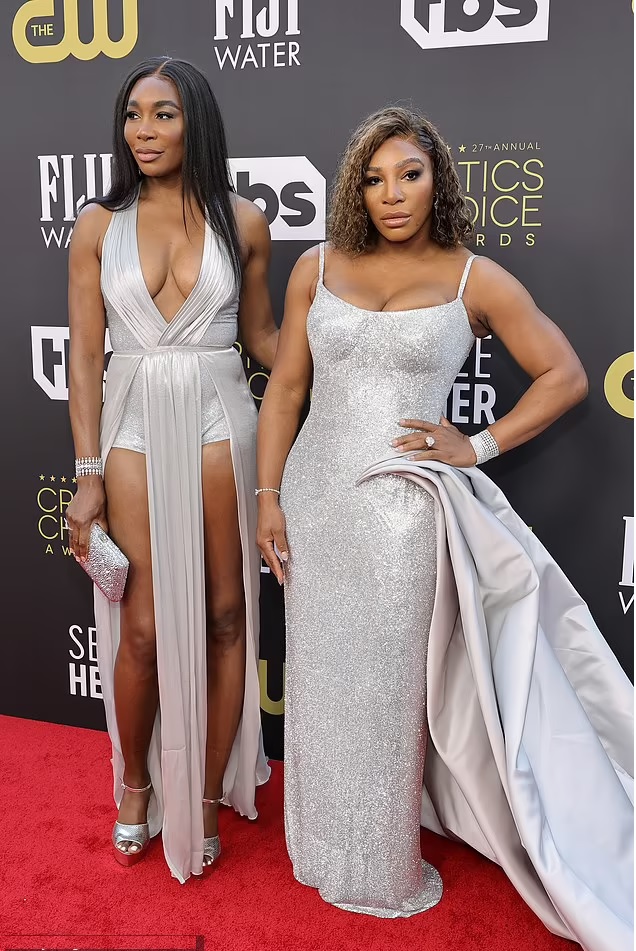 The sisters showed off their sparkle in silver Versace gowns, with Serena, 40, donning a form-fitting gown, and Venus, 41, showcasing her toned legs with a saucy split

Meanwhile her sister showcased her ample cleavage with a deep v-cut in her dress, which was cinched in at the waist.

She paired the stylish ensemble with silver high heels and a sparkly silver clutch. Her long black tresses were parted in the middle and worn down in a sleek style. The famous sisters received a standing ovation as they stepped onto the stage inside to present the award for Best Drama Series to the cast of Succession. 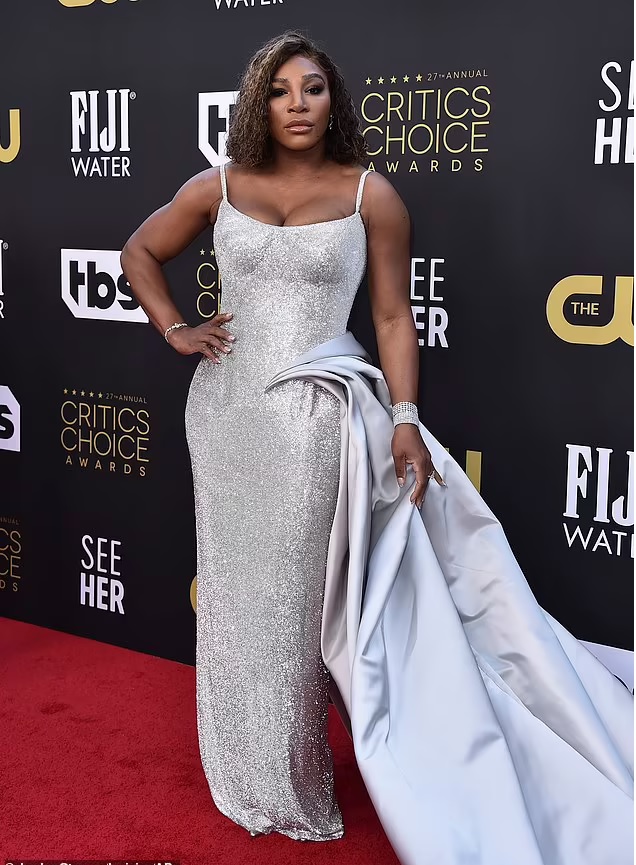 The athletic duo flashed bright smiles for the warm welcome as their crystal gowns sparkled in the spotlight.

Other members of the King Richard cast on the red carpet included Will Smith, who won the award for best actor for portraying the tennis superstars’ father, Richard Williams, in the film. 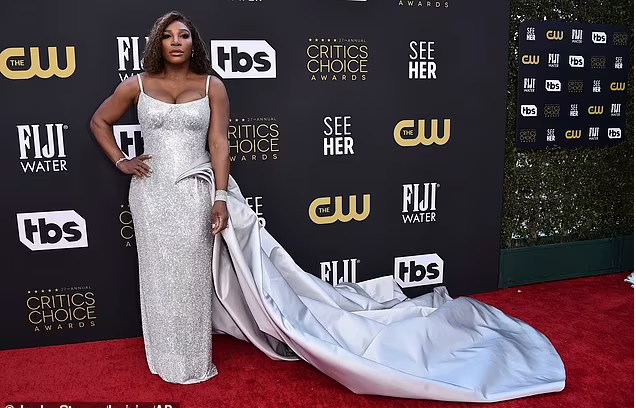 The actor, 53, looked dapper in a black suit with a brown vest, which he paired with a matching brown and black tie. The superstar was joined by his wife, Jada Pinkett Smith, 50, who looked stunning in a strapless gold gown.

The Matrix actress sported a shaved-head for the event, and paired her edgy yet classic look with a unique diamond head accessory. 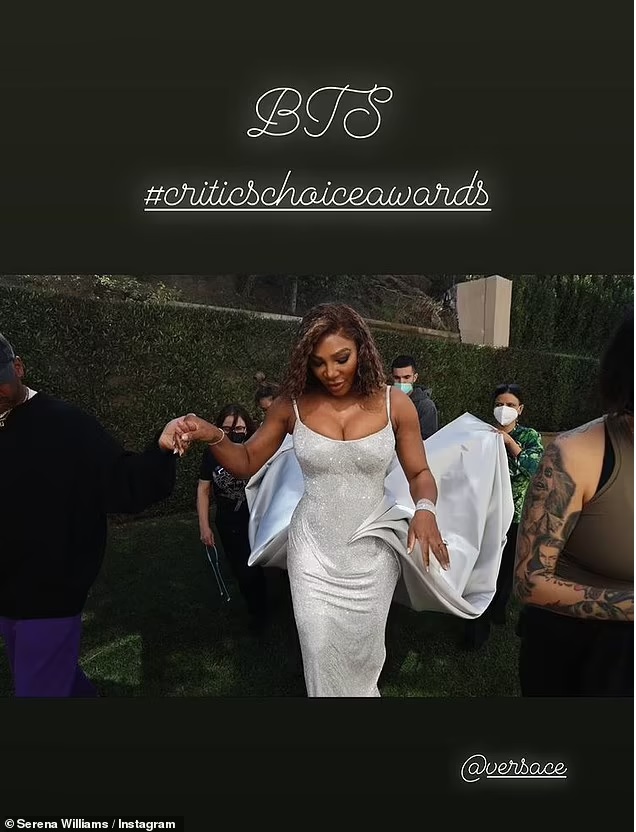 Another beauty from the cast was Saniyya Sidney, 15, who played young Venus Williams in the film.

Richard Williams so ill he can barely speak…