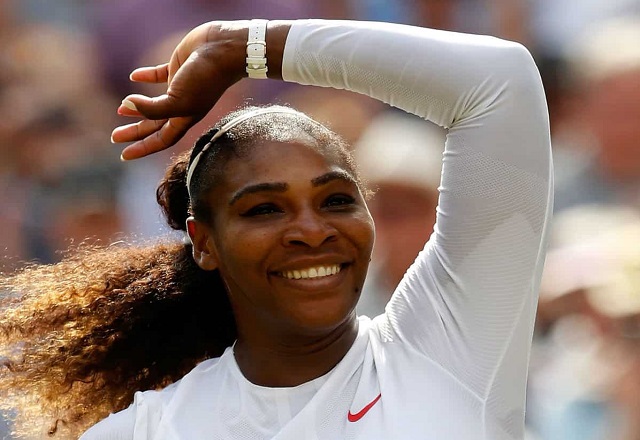 What Serena Williams Eats For Breakfast, Lunch, And Dinner is set to be discussed here. Serena Williams has adopted a healthier eating lifestyle, but not necessarily to get skinnier.

“Unless I’m eating really healthy,” Serena explained to Fitness Magazine,”I feel [less than confident] almost every other week.” The four-time Olympic gold tennis champion confessed that there are plenty of times when she wishes she could “do better” or “be smaller.” She pointed to the way women are taught to look as the reason for these feelings.

Here’s everything Serena Williams likes to have for breakfast, lunch, and dinner. This is Serena Williams, a superstar tennis player who has reached two Grand Slam tournament finals in 2018 since returning to the sport after taking time out to give birth to her daughter, Alexis Olympia Ohanian Jr. This week, she is looking to reach the final of another major the 2019 Australian Open.

Before a game, Williams “usually can’t” eat and says it may be down to nerves. However, if she was going to have a meal, it would be a “protein and carb” combo like turkey sausage and baked potato. Just as Williams finds it difficult to eat breakfast, she also struggles with eating before a match. When asked about her pre-match go-to grub, Williams revealed the truth to Glamour, saying, “Usually I can’t [eat]. And I haven’t been able to figure out why — it must be nerves!”

When Williams is away from the court, she spares no expense and orders a delicious and healthy looking platter for breakfast including staples like smoothies and fruits.

It’s not all clean-eating, though. Williams has an obvious sweet tooth and won’t hesitate to put away a beignet, which is basically a deep fried nugget of sugary dough.

Serena Williams Eats pizza as a Celebratory — hold the pepperoni Even though Williams has a hard time eating before a match, the same does not apply as soon as the match is finished. And if she happens to win said match, the meal she chooses may be a little less than healthy.

Pizza, for instance, is her preferred celebratory meal. She’s not usually one for fancy toppings and instead specified to Glamour that she likes to eat it plain — “just cheese.” Williams’ favorite pizza comes from Bella Vita, a pizzeria based out of, you guessed it, New York. When it comes to lunches, or general snacking, Williams never refuses a taco and they are an ever-present feature of the tennis champion’s Instagram.

Williams once said on Facebook: “I want tacos. Everyday I want tacos. I don’t know what to do? Is there help for someone that wants to eat tacos everyday?”

If tacos aren’t on the menu and Williams wanted to celebrate a tennis success, she would order a cheese pizza and french fries.

While the first step may be to admit you have a problem, Tacoholics Anonymous isn’t yet a thing. Williams explained why she’s so obsessed with the food to USA Today, saying, “I grew up next to all of these Mexican families and we were close with them when I was little, we were friends. I think that’s where my love for tacos comes from.” Williams also claims to make the best tacos, but joked, saying, “I don’t taco about it.” But sometimes nothing beats home cooking and, for Williams, that means her mother’s chicken, rice, and gravy.

If Williams is doing the cooking, then she likes to wow her friends and family with a number of dishes. “For years I was always making gumbo for everyone,” she said. “My other go-to dishes are something I call a ‘seven-bean delight’ which really only has five beans, but don’t tell. And roasted chicken with garlic.

Aside from tacos, there is another food Williams is obsessed with moon pie. “I love moon pies. If “Moon Pie” sponsored me, I’d be bigger than any house on this planet! I love the originals: banana, chocolate, or vanilla. Now I really want a Moon Pie!” Roasted chicken dinners are not the only thing Williams cooks. “For years, I was always making gumbo for everyone,” she told Bon Appétit. Then she started making “seven-bean delight.” Williams came clean and said that it actually only has five beans. “But don’t tell,” she joked. For a while, turkey tacos were her go-to, but now as she transitions to a more vegan-centric diet, she makes “vegan sushi.”

Williams told of her love of cooking, which she feels she got from her family. “I grew up watching my mom in the kitchen, that’s how I know anything about cooking,” said Williams. Despite being a world-renowned athlete, culinary classes are something she’s always been interested in taking up. For now, though, the star learns from watching her mom and celebrity chefs, like Emeril Lagassé, Bobby Flay, Masaharu Morimoto. “That guy is awesome,” Williams remarked. Imagine being called awesome by none other than Serena Williams? Life goals.

SHOW OF SUPREMACY– Serena Williams Outshine Maria Sharapova at The U.S. Open Tells Her You Are Not My Match: SEE FULL DETAILS…