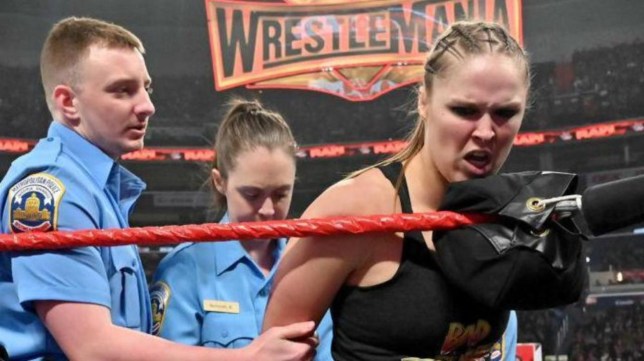 Ronda Rousey’s 2019 WWE arrest was real, at least according to a list compiled by Michael Caputo, who was appointed earlier this year to be the assistant secretary of public affairs for the Department of Health & Human Services.

Caputo previously came up with a $300 million taxpayer-funded ad campaign that would help “defeat despair” about the COVID-19 pandemic. The idea was to enlist celebrities to participate in advertisements that would help the Trump campaign get out messages related to the coronavirus pandemic. Contractors vetted at least 247 potential celebrity contributors before allowing them to participate in the campaign. They were judged on their stances on the 2016 election, gun control and other topics.

Health & Human Services Secretary Alex Azar has since ordered a review of the campaign and sources told Politico that the campaign is no longer scheduled to run before the 2020 Presidential election, if at all, but internal documents have been revealed and they show which celebrities were considered. The planned campaign reportedly collapsed last month after an investigation by Politico, where actor Dennis Quaid and singer CeCe Winans withdrew their participation. There were other celebrities that also pulled out. Quaid and Winans released videos where they insisted that their participation was solely focused on promoting public health, and was not meant to be political.

One document was labeled the “PSA Celebrity Tracker” and that shows which celebrities were listed for vetting, their status for the campaign (accepted, pending answer, maybe, follow-up), additional notes (including past stances on issues and controversies), and the demographic that they cater to.

Rousey’s status was listed as “Pending Answer” on the sheet. Her demographic was listed as “General Public. Women. Conservatives.” The interesting part is what was listed under the “Additional Notes” field for the former RAW Women’s Champion. That field for Rousey notes, “Publicly supported Democratic Party candidate Bernie Sanders for 2016 election. Anti-feminist views at times. Arrested during WWE event in 2019.”

The WWE arrest refers to the April 1, 2019 RAW episode, which was the go-home show for WrestleMania 35, where Rousey faced Charlotte Flair and winner Becky Lynch in the main event, with the RAW and SmackDown Women’s Titles on the line. 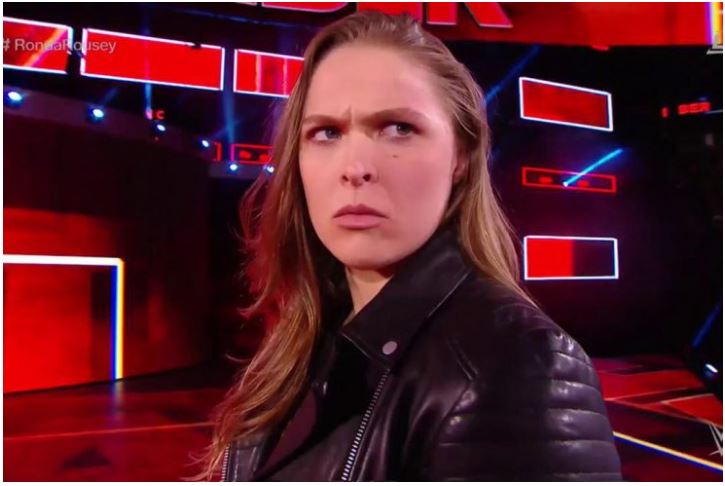 he April 1, 2019 RAW show featured an angle where Rousey, Lynch and Flair were arrested. There was a brawl between Lynch and Rousey in the back of a police car, and that ended with Rousey kicking out the back window of a car, and breaking the door open. She then gained access to the driver’s seat and smashed into the back of a police car. WWE later continued the storyline by announcing that all three Superstars had been released from police custody, and would appear in court at a later date. Rousey even posted a fake mugshot photo to social media.

You can see video from the arrest above.

Contractors working on Caputo’s campaign apparently did not do their research as this was clearly another angle in the WWE storylines. The arrest angle was picked up by mainstream media, but it seemed clear that the arrest was not real. USA Today’s “For The Win” website reported on the angle but did not mention that it was fake. 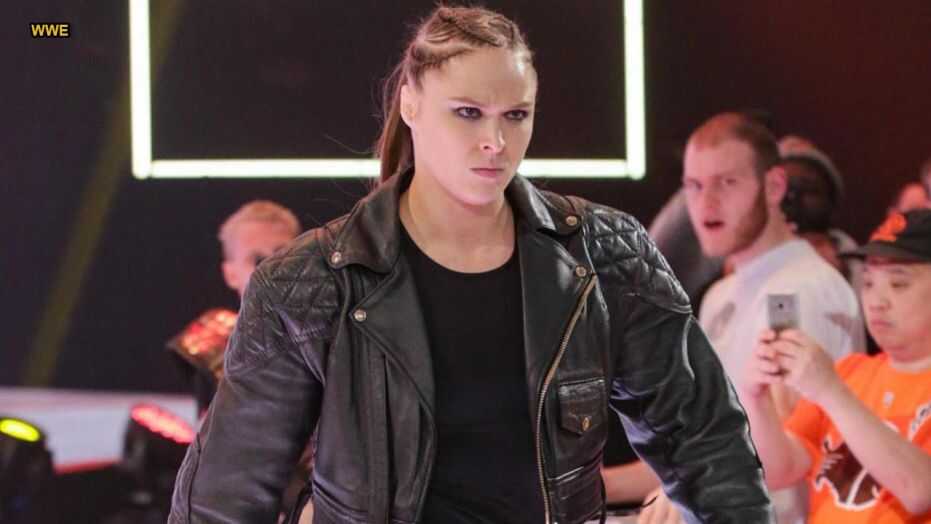 On a related note, former WWE Champion “The Rock” Dwayne Johnson was also listed on the “PSA Celebrity Tracker” document. The additional fields were left blank as Rock was listed as “Declined,” which means he turned down the campaign.