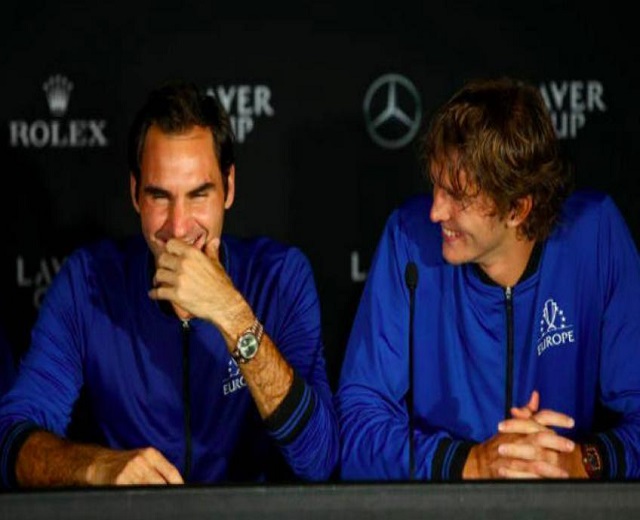 Competing in an exhibition in Hangzhou, China, Alexander Zverev lost his singles match in three sets against Roger Federer on December 29, 2019. The day before, both players had teamed up to face Mike and Bob Bryan but were defeated 7-6 7-6.

During a press conference prior to his singles match against Federer, Zverev was asked if he felt he could win a Grand Slam title in 2020. “Maybe there will be a new Slam champion, maybe the old guys will continue to win them all next year,” Zverev said referring to Federer, Rafael Nadal and Novak Djokovic’s dominance.

The 21-year-old stopped a moment, turned his head and met the gaze of… Federer, who sat right beside him. Somewhat embarrassed, he hurried to tell the 38-year-old: “I don’t mean to say you’re old, I’m sorry”. 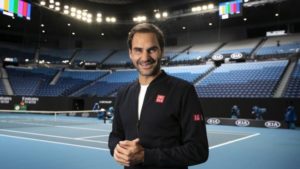 Finally, the incident was taken well as the Swiss agreed, “I am, I am,” without being able to stop laughing. This shows the good relationship present between the two tennis stars who played five exhibitions together within 40 days.
The 20-Grand Slam champion was able to win in four occasions with Zverev winning one match. The two broke the world record of attendance in a tennis match in November, when Federer won a three sets battle in front of 42,517 spectators at the Plaza de Toros, in Mexico City.

While Zverev is playing the ATP Cup this week, Federer preferred to spend more time with his family, which he qualifies as his “top priority”, and will open his 2020 season at the Australian Open.