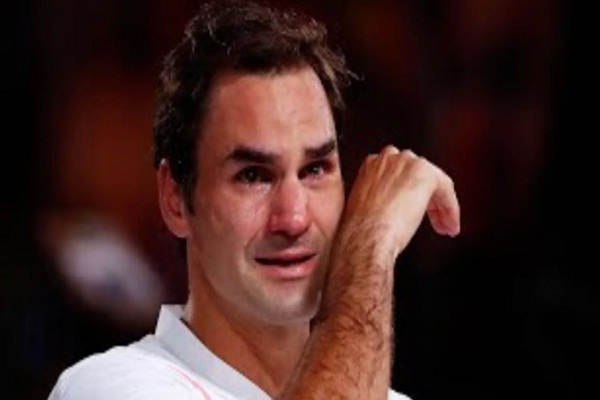 The Swiss legend, Roger Federer expressed his gratitude towards his compatriots via social media after his Laver Cup success on his home ground of Geneva, Switzerland. Federer mentioned that it’s one of the biggest moments of his career and winning in front of his country people was a blessing.

In addition to that, World Number three, Federer was in tandem with his old friend, Rafael Nadal and that multiplied the joy during the tournament. He was delighted with the response from the audience in the house and enjoyed his three-day stay in Geneva with his European team-mates.

It was a dream of mine to play the Laver Cup in Switzerland. The fans, the city, and the atmosphere were electric. It’s moments like these that continue to make the game so enjoyable for me. 🙌🇪🇺🏆🇨🇭
Shoutout to Team World and i am so excited for Boston 2020!#lavercup pic.twitter.com/0l8nZHZ1Rd

Right after his victory at Laver Cup 2019, the Swiss maestro, Federer expressed, “what a weekend it has been. The idea of the concept was trying to bring tennis to the people. Make it fun, make it a weekend maybe which is unforgettable and just something very special. And I felt it was. I can’t thank the city of Geneva enough and all the players who fought their heart out.”

The 20-time Grand Slam champion, Federer experienced different aspects of tennis at Laver Cup. He coached his fellow team-mates and had a pleasant time with them, played doubles matches and tasted the victory with Alexander Zverev‘s dominant performance in the final tiebreaker.

“I can’t thank the city of Geneva enough and all the players who fought their heart out. I think it’s been absolutely incredible. Congratulations Team World for an unbelievable fight. Can’t wait for the next one in Boston. So many emotions. It’s been an unbelievable rollercoaster. This concludes a dream weekend for me to be playing in Switzerland. Thank you for all the noise you’ve made. I’ve loved every moment,” he said.

Roger Federer has already begun his preparations of the Asian swing and he is expected to be present at Shanghai Rolex Masters 2019. “Already this Tuesday I will start with fitness training, besides the voice I lost, I survived this Laver Cup very well, even though I probably played the most, the season is still long and I‘m looking very much forward to it.”

Before coming to Geneva, Roger Federer was dealing with back issues and despite his physical infirmity, he played matches at Laver Cup 2019 and risked his fitness.