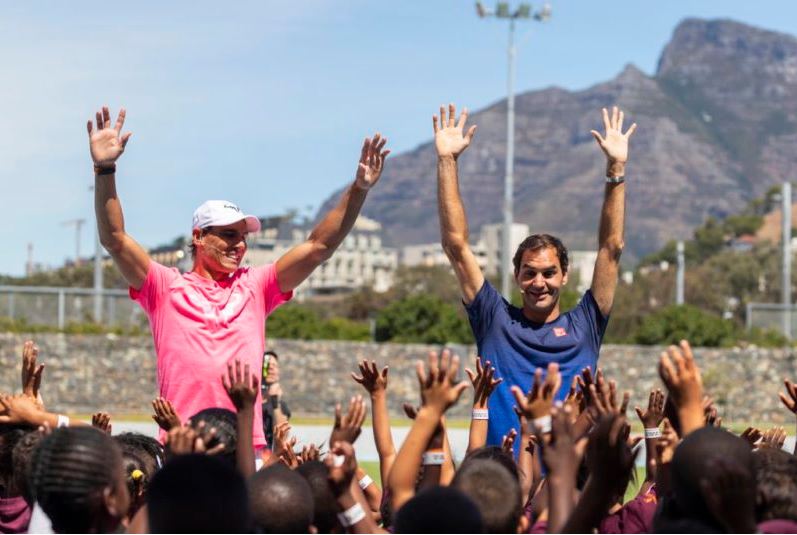 Roger Federer and Rafael Nadal have faced each other in some iconic clashes over the years. In fact, their rivalry defined professional tennis in the 2000s and 2010s.

Using that rivalry for a noble cause, Federer and Nadal will collide in a major showdown in Cape Town. The proceeds from the event will go towards the Roger Federer Foundation and used for the education of South African children.

Before the match, Federer and Nadal displayed incredible camaraderie as they interacted with the kids. This shows that despite years of rivalry on the court, the two stars are great friends when off the court.

What Did Roger Federer And Rafael Nadal Do?
Federer and Nadal were seen interacting with the kids. Both of them looked in an extremely good mood as they enjoyed with the kids.

First of all, they were seen playing a fun game with the kids. Roger and Rafa laughed profusely while doing it. The game looked like a rendition of the kids’ game “Simon Says”.

Post that, a video surfaced where they were seen reading stories to a large group of kids. Roger could not hold it back as he laughed a lot during the activity. Federer, who is a father of four, looked at home.

Roger #Federer tends to laugh a lot when sitting next to his rival and friend Rafael #Nadal. Reading a story together to kindergarten-kids from Cape Town was no exception 😂 @welt pic.twitter.com/QQFz0h6LIb

Federer and Nadal are all set to clash in the major showdown with an expected crowd of over 50,000. The event will also see a doubles exhibition. It will see Federer and Nadal mixing it up with celebrities. The celebs at hand are Trevor Noah and Bill Gates.

The Roger Federer Foundation is all set to raise an amount of over $1 million. Federer had earlier revealed that his and Nadal’s shared passion for helping children had brought them together.

It is heartwarming to see two of the biggest stars in tennis taking time out of their schedule to indulge in welfare activities. 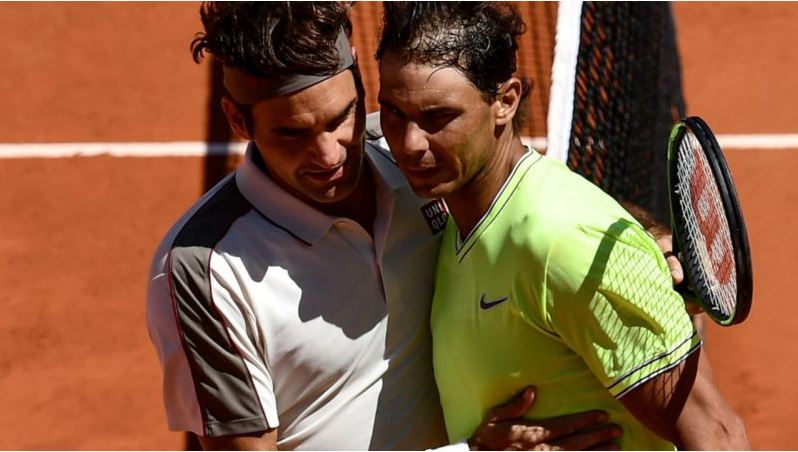 The Swiss maestro Roger Federer will play his age-old nemesis, Rafael Nadal, in the Cape Town stadium on Friday. Their tennis will raise an amount of US $1million for the Roger Federer Foundation, which is spread across six countries in Africa and it’s also based in Switzerland.

“So that Rafa feels like he’s on clay” – Roger Federer
Before starting their match, Roger revealed the stadium to his fans with a short clipping on Twitter. With that, the Swiss mocked Rafa’s ultimate prowess on the clay-court. Undoubtedly for years to come, there wouldn’t be any tennis professional as perfect as Nadal on clay.

“Hello everybody. I’m in Cape Town. Just got to the tennis court or football stadium. Have a look… amazing! And we’ve got the orange color, for Rafa, so that he feels like he’s on clay. But it’s hardcourts!” Federer tweeted.

Thanks for the warm up today ⁦Lloyd, onwards and upwards for a great career. 🎾 🇿🇦 pic.twitter.com/ePkVPinY9h

On Thursday, Federer was attending a sponsor’s event at the Mount Nelson Hotel. Also, he rallied for a while with Springbok captain Siya Kolisi.

“What a pleasure Roger Federer. A true sporting icon. Your words continue to inspire me and have been an important part of my journey. It was an honor for me to welcome you to Cape Town,” Kolisi tweeted.

On Friday evening, World Number three Roger Federer and Rafael Nadal will play a record-breaking exhibition event in Cape Town. More than 50,000 tennis fans will turn up for the ‘Fedal’ showdown. Along with Nadal and Federer, the American business magnate Bill Gates and the comedian Trevor Noah will be present for the ‘Match for Africa’ series.