Roger Federer tries to be a good tennis parent. He mostly stays out of the way when it comes to teaching his children about the sport he’s played for a living the past 22 years.

But every now and then, the six-time Australian Open champion leans in and offers a bit of advice. The suggestions, however, even coming from Federer, sound wrong.

“They don’t always listen to me. I play with them sometimes. I do like to play with them. But I am not the biggest fan of the dad giving them all the advice. For that I think they got to listen to the coach. I’ve had that problem before, where I told them some things, and they said, ‘Well, my coach told me differently’,” Federer said on Saturday in Melbourne.

“I told them, ‘There you go. Listen to the coach. Don’t listen to me. But at least listen to one of us.’”
The 38-year-old soon will be listening to the familiar roar of the Melbourne crowd as he makes his 21st Australian Open appearance and seeks his 100th win at a second Grand Slam (97-14). Federer won his 100th Wimbledon victory last year.

The 20-time Grand Slam champion will play his first match of the season against American Steve Johnson. Federer leads their ATP Head2Head series 2-0, having beaten Johnson at 2016 Wimbledon and 2017 BNP Paribas Open in Indian Wells.

But while Federer has been training for the 2020 season, Johnson has been playing matches. The 30-year-old American, No. 81 in the FedEx ATP Rankings, has gone 7-1 on the ATP Challenger Tour during the past two weeks, a run that includes his Bendigo Challenger title on Saturday (d. Travaglia).
“It’s a tricky situation right now, playing somebody who has just played a lot this week. He’s ready to go. He’s match-ready and I’m not,” Federer said. 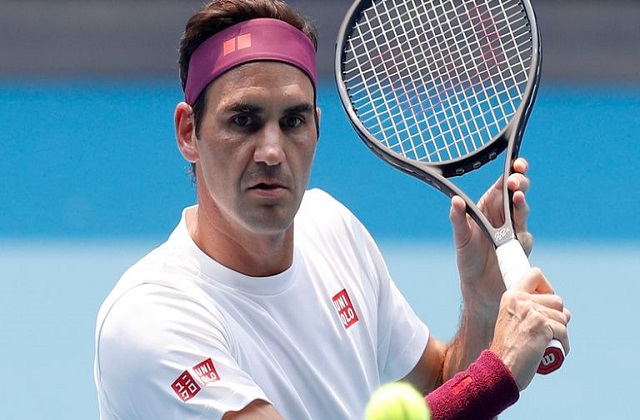 “I got to really make sure I get out of the gates quick. Practice has been going well. Had plenty of time to pace myself and do all the things I had to do to get ready. I hope it’s enough.

“I know it’s a super long road to victory. That’s why I got to take it one match at a time. My expectations are quite low.”

Federer won back-to-back titles in Melbourne in 2017-2018. Last year, he fell in the fourth round against Stefanos Tsitsipas of Greece.

“I’m excited to play Steve. He’s a good guy. I think with his old-school playing – big forehand, slice backhand, good serve – I think it’s going to be a nice match for me,” Federer said.