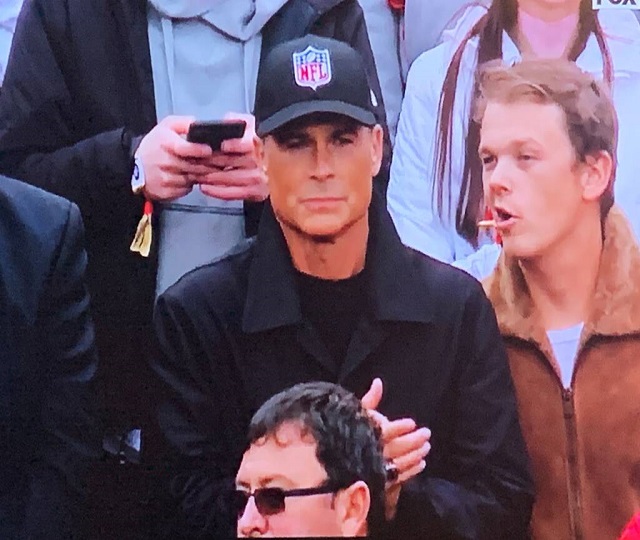 What NFL team is Rob Lowe rooting for tonight, you ask?

Well, no one in particular really. According to his interesting hat of choice tonight, it looks like the 55-year-old actor simply roots for the National Football League.

At tonight’s NFC Championship game between the San Francisco 49ers and the Green Bay Packers, the Holiday in the Wild actor was spotted rocking a hat with simply the league shield on it and of course, social media had a field day.

Let the memes begin! No shade, but one can only assume he picked up that hat last minute before heading off to watch the championship game. Now we can’t help but wonder, who’s your favorite team Rob? Give us a little hint.

Lowe, joining in on the fun and poking some fun at himself, retweeted Barstool Sports on the social media platform and wrote, “I didn’t expect my hat to be the most interesting part of this game!”

His reaction to his viral NFL moment was in response to the account’s tweet, “Some people cheer for a team. Rob Lowe cheers for the Shield.”

Tonight’s Sunday football game between the 49ers and Packers will determine who will play against the Kansas City Chiefs at the 54th Super Bowl on Feb. 2.

I didn’t expect my hat to be the most interesting part of this game! https://t.co/F54cTppe7C

Guess we’ll have to wait and see if Rob also rocks his NFL hat at the Super Bowl next month!