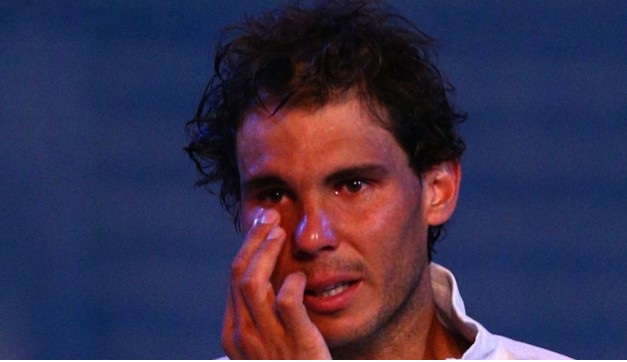 In an interview with Sky Sport in Rome, Rafael Nadal was asked about the rumours that he and his longtime girlfriend Maria Francisca Perello will get married this year. The wedding will probably take place this fall or after the French Open in late June.

Nadal does not want to reveal when it will happen. “I do not know when I get married. It’s difficult,” said the world no. 2 speaking of the many commitments a top player like him needs to face. He definitely did not expect to be at the top at almost 33 years of age: “When I won in 2005 Rome, I thought that in 2019 I would spending the entire day fishing…”

Perello prefers to stay out of the spotlight and used to avoid attending Nadal’s matches. Now, Perello has become a regular at Nadal’s major tournaments but still prefers to remain out of the limelight.

Nadal Was Upset That His Engagement With Perello Went Public

Nadal was not pleased when news broke of his engagement to Perello. The tennis star relayed his frustration in an interview with Marca.

While the couple has confirmed they are engaged, there has been no official wedding date released despite lots of rumors. Knowing how the couple prefers their privacy, fans may not know about the wedding until after the fact.

Nadal Is Open to the Couple Having Kids

Nadal has been leery of forming a family with his busy travel schedule as a pro tennis player. Nadal admitted in a 2015 interview with La Nacion that he wanted to one day be a father, but it would have to be a mutual decision with Perello.

“Yes, good. I am a very familiar person, my education has been directed to the family, with which one never knows what will happen in the future, but I understand that I will form a family,” Nadal told La Nacion (translated). “I will have children, I do not know how much. I love children, but you do not decide unilaterally, that’s a two-person thing. I would like to have several children, but I can not tell you if two, or three, or four.”

Nadal’s Girlfriend Initially Did Not Travel to His Tournaments

“Traveling together everywhere, even if I could, would not be good either for him or for me,” Perello explained to The Telegraph. “He needs his space when he is competing, and just the idea of me hanging around waiting on his needs all day wears me out. It would asphyxiate me. And then he would have to be worrying about me … No. If I followed him everywhere, I think there’s a risk we might stop getting along.”