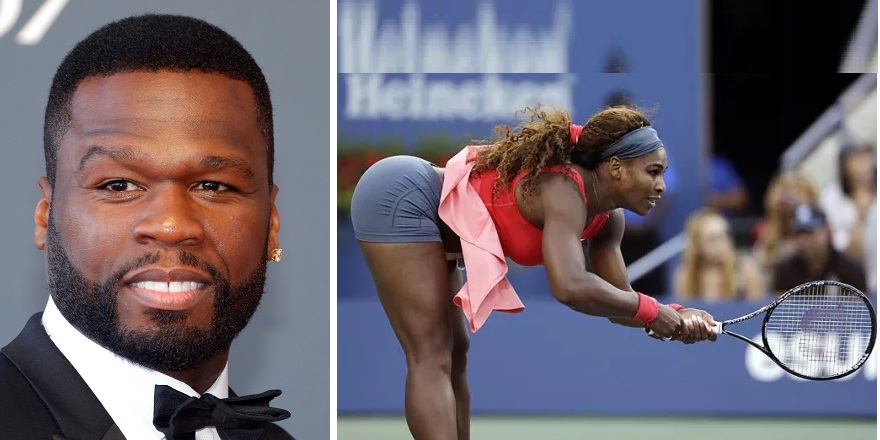 Serena Williams made a bold decision to pose on the cover of Harper’s Bizarre completely untouched – and with one of her cheeks in full view. The decision to shun photoshop was praised by many, and the cover managed to capture 50 Cent’s attention, who also took to social media to shout out Serena’s impressive ass-ets!

“👀@serenawilliams put a lil bit of that ass out there. Now Repeat after me say, God is good all the time. 😏🍾#lecheminduroi 🥃#bransoncognac” wrote 50, sharing an image of the cover. Serena is the cover star for the magazine’s August issue and was photographed by royal wedding photographer Alexi Lubomirski. During the interview, Serena revealed that she apologized to Naomi Osaka for her conduct following her defeat. 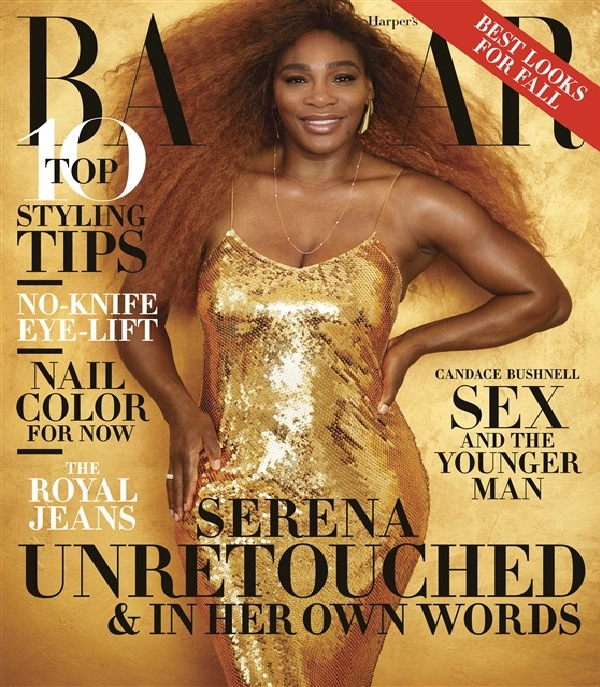 “I’ve been blatantly cheated against to the point where the Hawk-Eye rules were introduced so that something like that would not happen again. And these are only the things that are seen by the public.”

In short, it’s never been easy. But then I think of the next girl who is going to come along who looks like me, and I hope, “Maybe, just maybe, my voice will help her.” 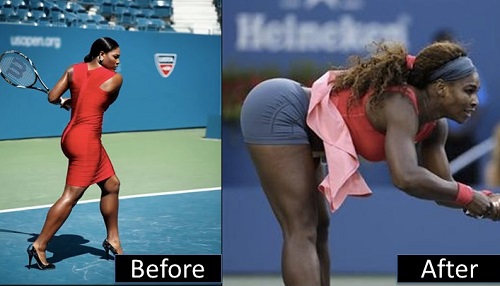 “So I learned to be proud of my curves and embrace my large boobs and butt. It’s all about loving who you are and realizing that you’re beautiful.”

Related Topics:50 centserena williams
Up Next