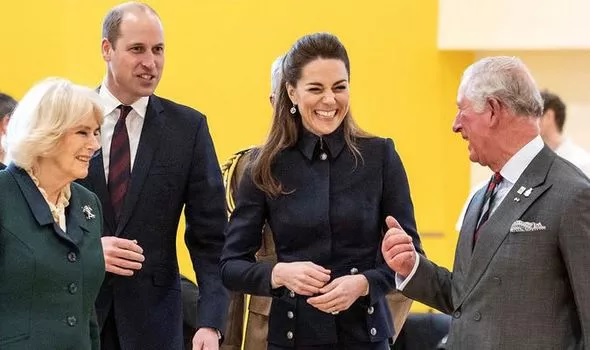 KATE, Duchess of Cambridge, and Prince William are to join Prince Charles and Camilla, Duchess of Cornwall, next week in a rare – and star-studded – joint engagement. Kate, William, Charles and Camilla are to walk down the red carpet at the Royal Albert Hall next week. The four royals will attend the world premiere of the latest film in the James Bond series – No Time To Die.

The latest and much-anticipated 007 film will debut at London’s Royal Albert Hall on September 28. At the premiere, the royals will meet director Cary Joji Fukunaga and members of the cast including Daniel Craig, Rami Malek, Léa Seydoux and Lashana Lynch. They will also be welcomed by screenwriters Neal Purvis, Robert Wade and Phoebe Waller-Bridge and performers Billie Eilish and Finneas O’Connell. 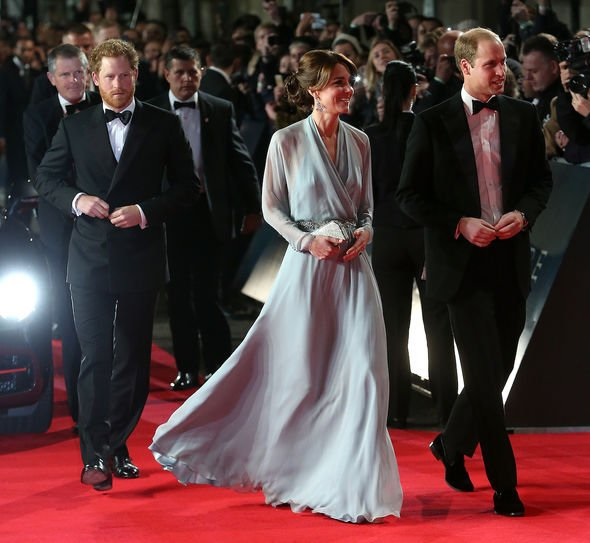 Kate, Prince William and Prince Harry at the premiere of Spectre in 2015

The royal attendance at the premiere of the 25th Bond movie, and the last one which will see Mr Craig in the role of the spy, will fit in with the royals’ charity work. Indeed, the world premiere will benefit charities supporting past and present members of MI5, MI6, GCHQ and UK special forces.

Healthcare workers and members of the armed forces have also been invited to attend the glitzy event. Many royal fans were sent into a frenzy after Clarence House shared news of the royal attendance at the premiere. Royal watcher Kayla Adams wrote on Twitter: “When I said I wanted more collaboration… THIS is what I meant. 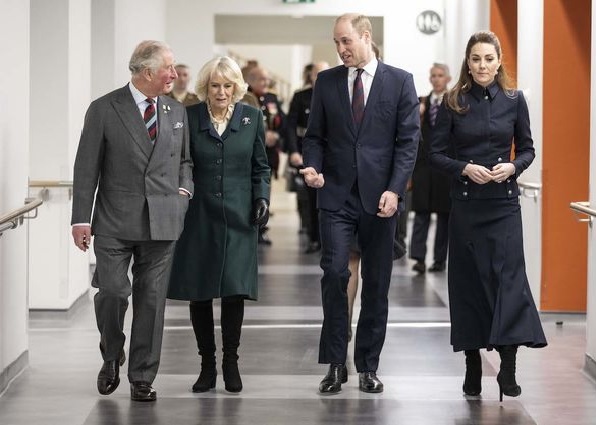 The Cambridges, Charles and Camilla during a joint engagement in February 2020

“Prince William, Kate, Charles and Camilla are going to attend the Premiere of ‘No Time to Die’ on September 28th. “The Premiere will benefit charities supporting members of the three intelligence agencies.” A fan account of the Duke and Duchess of Cambridge called The Cambridges wrote: “It will be a wonderful night for sure”.

And Twitter user Lenna Velaryon wrote: “Absolutely love it!” Other social media users, however, appeared more critical at the royals’ choice to attend the premiere – even if the event will be tied in with a charitable cause. Twitter user Josephine Agbobu wrote: “So British royals are now gracing entertainment red carpet, great!”

However, another social media user noted how tight the bond between the franchise and the Royal Family has always been – even before the Duchess of Sussex joined the Firm. Christine Harrison replied writing on Twitter: “There has always been a royal attendance of a James Bond movie. Google it.”

Among the most prominent royals to have attended a premier of a Bond film in the past there has been also Princess Diana. In June 1987, she and Prince Charles headed to Leicester Square in London to attend the premiere of The Living Daylights. 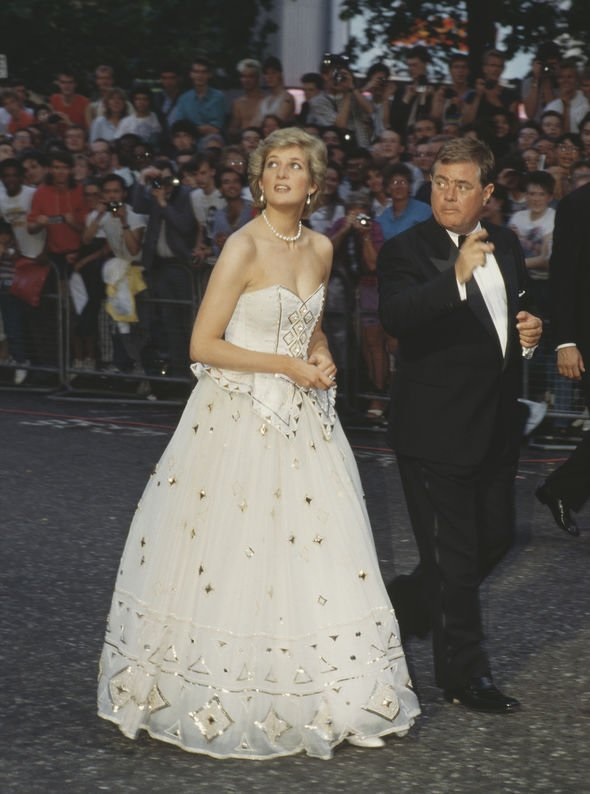 Princess Diana at the James Bond film premiere in 1987

There, she was seen chatting with Timothy Dalton, who portrayed 007. Much like the upcoming world premiere, this film’s debut became a fundraising occasion. The sale of seats at the premiere raised some $294,000 for the Prince’s Trust, it was reported at the time.

Despite being senior royals and particularly important members of the Firm, Charles and Camilla have rarely taken part in a joint engagement just with William and Kate. 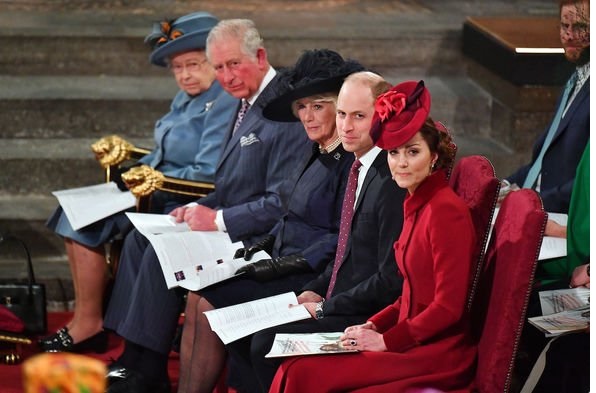 The first event carried out by this foursome took place in February 2020, when they visited together the Defence Medical Rehabilitation Centre in Loughborough.

Prince William and Kate Middleton aims to ‘strike back’ at Sussexes__reveals plans.