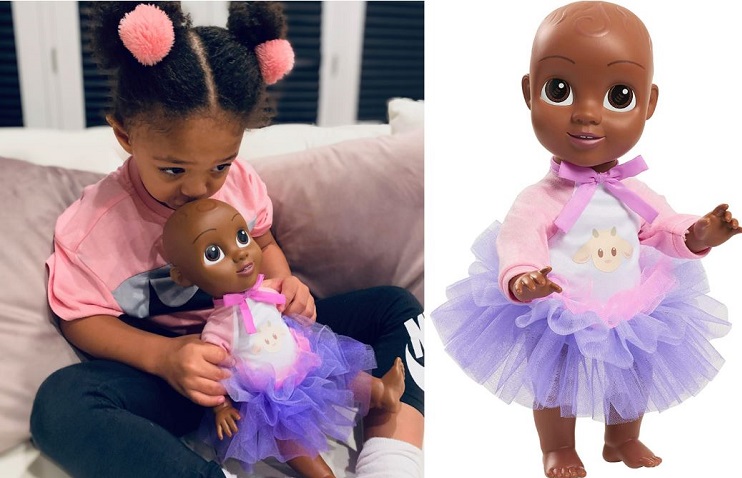 It’s been two years since we first caught wind of Qai Qai—the “granddaughter” of Serena Williams and Alexis Ohanian that has accompanied actual daughter Olympia Ohanian since she began toddling around. She may not be human, but back in 2018, she was popular enough to merit her own Instagram, TikTok, and Twitter accounts—and has since been featured in the New York Times, Oprah Magazine, and Today. We still have no idea where she came from, but with such a high profile, we knew it was only a matter of time before Qai Qai (pronounced “Quay-Quay”) gave Barbie a run for her money and made her way to mass market.

On Thursday, the baby doll did exactly that, making her big debut on Amazon, thanks to her Grand Slam-winning “glam-ma” Serena Williams—just in time for our pre-holiday shopping! Per Qai Qai’s reps:

The bond between Olympia and Qai Qai has sparked mass interest from media and fans alike, and now, Serena Williams wants to bring that same delight to the hearts and homes of children everywhere. Qai Qai truly is more than just a doll, as she lends her voice to social-minded messages around mental health, race, representation, female empowerment, anti-bullying, the climate crisis and so much more. With a mission to tell positive, uplifting stories, Qai Qai is an animation that embodies the spirit of a young girl, drawing on the power of friendship and the beauty of imagination in play.

“There’s something really special about the relationship between a child and their favorite toy,” said Serena Williams. “Qai Qai has been around for more than half of Olympia’s life and she still takes her everywhere we go. Today, I am so excited to be able to share Qai Qai with children everywhere. Qai Qai is no ordinary doll, and it is amazing to see her use social media to educate, inspire and bring a smile to audiences from all backgrounds.”

#BlackLivesMatter. period. for more resources on how you can get involved, visit the link in my bio. 🙏🏾

Like both Olympia and Serena before her, Qai Qai loves a tutu, and sports a pink and purple one, along with a “GOAT” onesie, “ illustrating her passion to be the very best version of herself and always strive for greatness.” What else would the granddaughter of the GOAT wear? (But seriously, there’s adorably also a baby goat on it.) And as her reps tell it, it’s all part of the influencer’s personal brand.

Brimming with personality, it is no surprise that Qai Qai has amassed such a large and engaged audience online given the nature of the heart-warming, funny and often inspiring content she posts…Qai Qai takes every opportunity to encourage her followers to dream big, “boss up” and be a champion both for yourself and those around you, even igniting conversations around important social issues facing society.

Serena Williams Among the 5 Most Powerful Women in American Sports