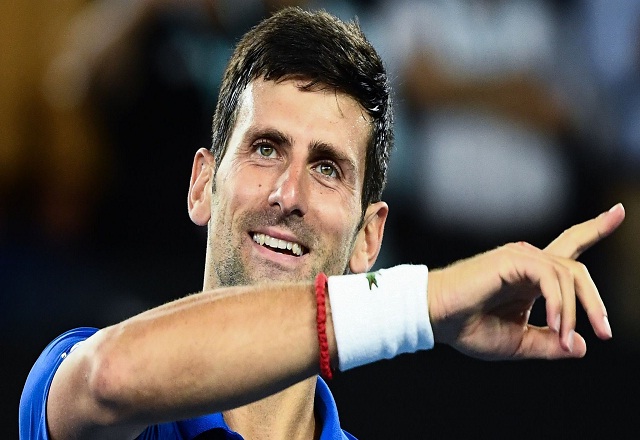 Having won four of the past five Grand Slams, Novak Djokovic’s position on the all-time Grand Slam titles leader board is looking better than ever. And, on the eve of the US Open, the World No. 1 made it clear that he was aiming for the top spot on that list.

Djokovic arrives in Flushing Meadows with his sights set on a 17th Grand Slam crown, which, if achieved, would bring him to within one title of second-placed Rafael Nadal (18) and three shy of all-time leader Roger Federer (20).

”I’m aware of [the debate around the Grand Slam titles leaderboard]. I mean, I’m part of this world. Of course, I can’t completely switch off and eliminate what people are talking about,” said Djokovic.

”It’s flattering, obviously. But at the same time, you know, it’s still a very long way ahead of me. It does also put a certain level of responsibility to me as well, because I am aiming to do that. It’s definitely one of my ambitions and goals. I am 32, so things are a little bit different than they were 10 years ago, but I still feel young inside and outside. I am still very motivated to keep going.”

Last month, Djokovic saved two championship points to beat Federer 13-12 in the fifth set of an instant-classic Wimbledon final. The victory marked Djokovic’s fifth title run at SW19 and denied Federer a place in the history books as the oldest Grand Slam champion in the Open Era at 37 years, 340 days.

Djokovic’s win against Federer at the All England Club was his third in a Wimbledon final against his great rival (2014, ’15) and will live long in the memory of the Serbian, who shares the top half of the US Open draw with third seed Federer. Djokovic placed this year’s Wimbledon win against the Swiss alongside his 2012 Australian Open final victory against Nadal as one of the greatest matches of his career.

“It’s [in the] top two matches I have ever played… The other match is the one against Nadal in the finals of [the 2012] Australian Open which went for almost six hours,” said Djokovic. “So, those two matches really are very special and take a special place in my career and my mind as well.

“I do still have flashes from the 2012 Australian Open match still that many years after. Of course, I would wish to remember the Wimbledon final against Roger this year for many years to come.”

Due to the fast-paced nature of life on the ATP Tour, there is rarely time to take a moment to reflect on milestone victories. But Djokovic’s recent dominance at the Grand Slam level does provide the Serbian with a strong belief in his abilities and a desire to achieve even greater success in the sport.

”Once I’m done with my career or maybe slowing down the pace with tournaments, I guess I’ll have more time to really reflect on everything and look at those matches… It’s really hard to look back too much,” said Djokovic.

”Of course, you’re looking back and then it awakens certain kind of emotions that, of course, are positive and it allows you to awaken that confidence in you, the belief and the motivation. It inspires you to again keep going and trying to reach more historic results. But at the same time, you have to stay in the present moment.”