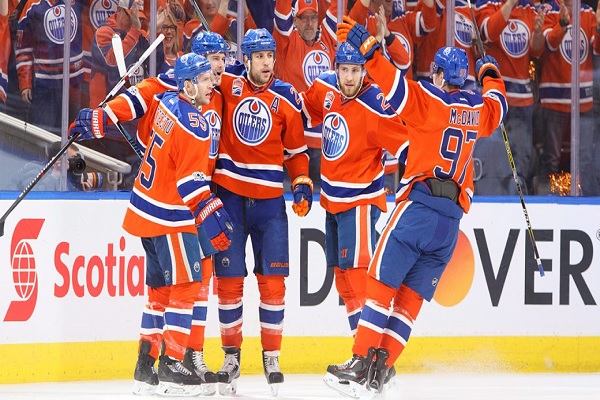 In today’s NHL rumor rundown, there is news Adam Boqvist might be pushing for an NHL job, the Edmonton Oilers have a prospect on the blue line worth watching for and the Buffalo Sabres are trying to appease Rasmus Ristolainen. Meanwhile, what do the comments by Patrik Laine from earlier this week really mean?

According to NBC Sports’ Charlie Roumeliotis, perhaps the most impressive player in Chicago’s development camp was defenseman Adam Boqvist. Boqvist was the franchise’s eighth-overall draft selection in 2018 and if you ask Blackhawks’ player development coach Brian Campbell, there may be a chance he makes the main roster.

“Yeah, I was impressed,” Campbell said. He added there’s no pressure for Boqvist to have to make the team but his teammates love him, he wants to learn and he’s preparing himself to make it.

In speaking with Jamie Umbach as part of the Roster Reboot series on the Edmonton Oilers official website, top blueliner Oscar Klefbom thinks fans should keep an eye on defensive prospect William Lagesson.

Still with the Oilers, there is a rumor (not much substance to it) that Taylor Hall might be up for a redemption tour in Edmonton once he becomes available as an unrestricted free agent.

The speculation started with a tweet from well-known rumors account in Edmonton and then media writer Robin Brownlee expanded on the idea saying, “I haven’t heard anything from anybody else about Hall letting it be known he’d like to return to the Oilers. Is it possible he feels that way? Sure. Would it make any sense for him to say that now? None.”