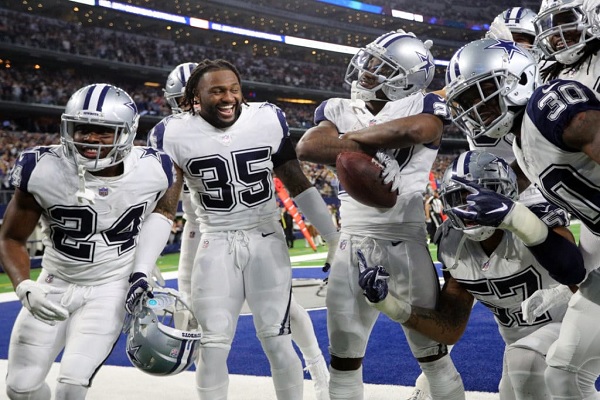 Roberto Luongo will go down in Panthers history in more ways than one.

The team on Monday announced the veteran goaltender will become the franchise’s first player to have his number retired.

Luongo’s No. 1 jersey is scheduled to be sent to the BB&T Center rafters March 7 before the Panthers host the Canadiens.

“Roberto is a cornerstone of Panthers history and an icon of the game,” Panthers owner Vincent J. Viola said in a release.

“He has represented himself and the Panthers with tremendous dignity, determination and a standard of excellence throughout his career. Roberto exemplifies what it means to be a Florida Panther. His level of commitment to this franchise, his teammates, his family and the South Florida community is second to none. There is no player more deserving to be the first Florida Panther to have his jersey number retired.”

Luongo, 40, retired in June after 19 seasons in the NHL that also included stints with the Canucks and Islanders, citing the hip surgery he had a couple of years ago as a major reason he decided to call it a career. He finished last season with an 18-16-5 record, 3.12 goals against average, and .899 save percentage.

In 1,044 NHL games played, the three-time All-Star posted a career 2.61 goals against average and .919 save percentage.

“I want to thank the entire Panthers organization for this incredible recognition,” Luongo said. “It’s quite an honor to be the first player to have his number retired by the Panthers. I’m truly looking forward to sharing this special night with my friends, family, teammates and the Panthers fans.”

Luongo’s 489 career wins put him third all-time behind only Martin Brodeur and Patrick Roy. He also owns Panthers franchise records for games played by a goaltender (572), wins (230), shutouts (38) and saves (16,068).

NHL rumors 2019: Could Sabres defenseman Rasmus Ristolainen be on the move?