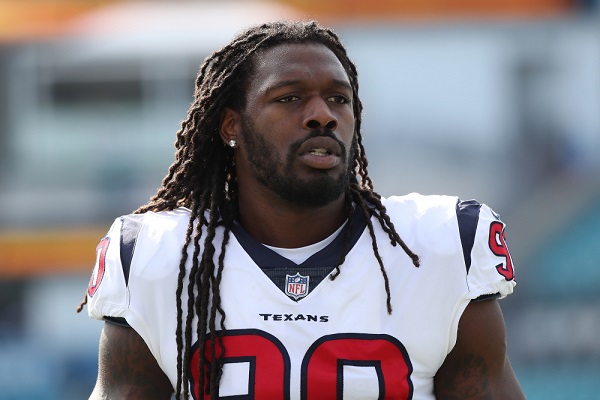 According to the Houston Chronicle, which cited unidentified sources, the Texans are not expected to reach a long-term deal with the 26-year-old before the July 15 deadline.

The report noted Clowney will play this season under his $15.9 million franchise tag, adding that he isn’t expected to miss any games once the regular season starts but likely won’t be in attendance for the majority of training camp.

ProFootballTalk, citing an unidentified league source, reported general manager Brian Gaine and coach Bill O’Brien disagreed on whether to make a long-term commitment to Clowney, who was the first player selected during O’Brien’s tenure in Houston.

Should the team opt to tender Clowney again in 2020, his one-year salary will increase by 20 percent to $19.16 million. Without a long-term deal or a second tag, Clowney would be set to become a free agent.

Clowney has spent his entire career with the Texans after being selected out of South Carolina with the No. 1 overall pick of the 2014 draft. The All-Pro defender has logged 29 sacks and five forced fumbles en route to three consecutive Pro Bowl selections during his career.

He has 18.5 sacks and three forced fumbles over the past two seasons.

Related Topics:Jadeveon Clowney
Up Next

WWE RUMORS: WWE Could Be Setting Up A Major Heel Turn And The End Of The New Day — See Huge Details…

NFL: Rob Gronkowski-Tom Brady workout is smoke that will become fire when TE returns to Patriots