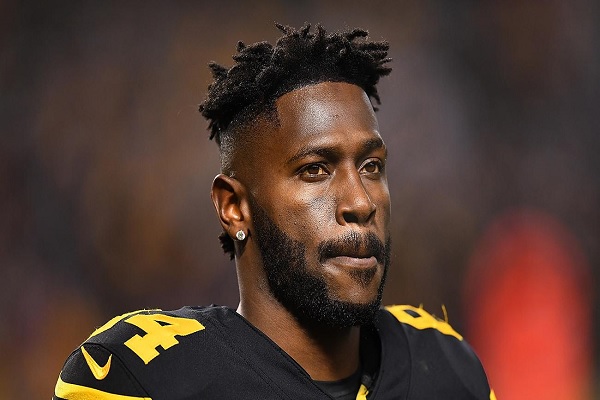 Antonio Brown has taken his helmet grievance against the NFL to a new level.

According to a report from The Athletic, which cited a source with knowledge of Friday’s hearing, the Raiders wide receiver said “he would hold the league liable” if he were to suffer a head injury while playing in the league-mandated helmets.

Brown, who reportedly insists he will not play unless he can use his old helmet, missed Oakland’s preseason opener Thursday.

But, if he is to return in his first season with the Raiders and get injured, the source told The Athletic the “liability will be dramatic.”

“I think it’ll be interesting if the NFL forces Antonio to wear a different helmet. And he does play and he doesn’t retire as some people have reported he will do. And then he suffers a really severe injury. I’d hate to be the NFL. Because now you’ve forced him into wearing a different type of helmet. And I think at that point, though, the liability will be dramatic.”

Brown started training camp on the non-football injury list with a “minor injury.” The injury turned out to be frostbite on his feet from a cryotherapy machine after using it “without the proper footwear,” but that wasn’t what was keeping Brown from playing.

It was reported league-wide Friday that it was, in fact, Brown’s helmet grievance, not his injury, that has kept him off the field.

The only problem is his old helmet is prohibited under NFL rules, which prompted Brown to file a grievance with the NFL over the new regulations, according to multiple reports.

The Athletic pointed out the change that happened half a decade ago that essentially outdates Brown’s old helmet. There are multiple players who will also have to transition into using a new helmet, including Tom Brady and Aaron Rodgers.

“The NFL, in conjunction with the NFLPA, five years ago began testing helmets and ranking them based on their purported safety. Two years ago, players were disallowed from wearing those that did not pass. The league, however, allowed players one extra year – last season – to transition. By the end of the year, 32 players – including Tom Brady and Aaron Rodgers – remained in helmets that had not passed. Brown is believed to be the only player left who is resisting the change.”

A decision from the hearing is expected sometime this week.