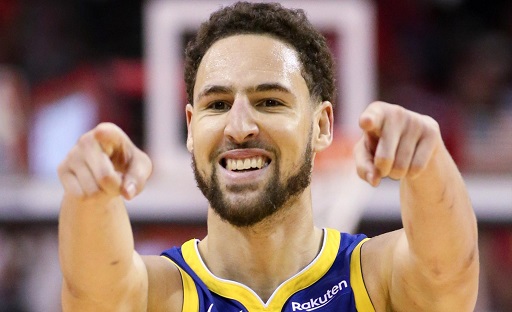 Klay Thompson Along with hiis Splash brother steven curry has bcome the most dangerous backcourts in the NBA, given their accuracy from 3-point range that extends well beyond the line. He has been durable, too, never missing a postseason game before sitting out Game 3 of this year’s finals because of a strained left hamstring.

He was scheduled for surgery last week for a torn ACL in his left knee after he was injured during a Game 6 loss to the Toronto Raptors in the NBA Finals. Neither the Warriors nor Lawrence have said whether it has been.

Using an Instagram clip of Leonardo DiCaprio in the movie “The Wolf of Wall Street” with the line “I’m not leavin!” Thompson announced that he wasn’t ready to leave the Golden State Warrior.

Mood (there was never a doubt) #warrior4life

“It’s hard to walk away from something, you were here when it started and yeah, you just want to stay on the train as long as you can,” Thompson said last year.