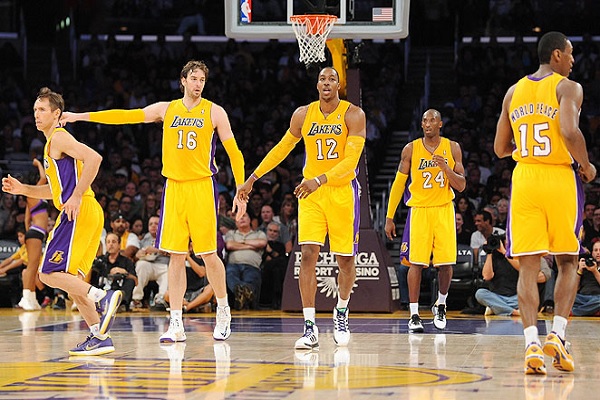 The 2019 offseason only confirmed what we already knew about the modern NBA: Lucrative contracts for the league’s top stars, regardless of the years and dollar amounts attached, can be quickly rendered irrelevant if a general manager wants to make a move – or if a player is ready to request a trade.

Anthony Davis and Paul George wanted out of New Orleans and Oklahoma City, respectively; they both landed in Los Angeles. Russell Westbrook seemed like a lock to be a Thunder player for life; he is now a member of the Rockets. Team situations can change in the blink of an eye, and the constant worries about roster turnover are unlikely to dissipate. (At least David Griffin and Sam Presti control the NBA Draft for the next century).

It’s a fool’s errand to predict the major trades that will be completed once the NBA returns for another year of drama, but it wouldn’t come as much of a surprise if these four stars spark lively conversations over the next few months.

A two-time All-Star, Beal is a perfect fit on just about every roster. He’s a threat off the ball as a 3-point shooter, and he displayed improved playmaking with John Wall out for 91 of a possible 164 games over the last two seasons. His production and efficiency in 2018-19 has only been matched by some of the greatest players in hoops history. And Beal is also just 26 years old.

Would the Wizards actually consider trading Beal? So far, the answer has consistently been something along the lines of “no, shut up about it.” Washington would prefer to sign Beal to a three-year, $111 million max extension prior to the 2019-20 season. Wizards general manager Tommy Sheppard told ESPN’s Adrian Wojnarowski there are no plans to begin trade discussions should Beal decline that extension.

Beal has two years left on his current contract, so Sheppard’s strategy is fine. But the clock is already ticking. Beal doesn’t have much help with this Wizards roster, and Washington is looking like a lottery team. That could be a major factor as he decides what to do with that extension.

“I’d be naive to say I wouldn’t be (interested in extension talks),” Beal told The Washington Post’s Candace Buckner in June. “Washington is where I’ve been the last seven years, going on eight. It would be great to play in one place forever.

“But at the same time, you want to win and make sure you’re in a position to do so.”
Kevin Love, Cavaliers