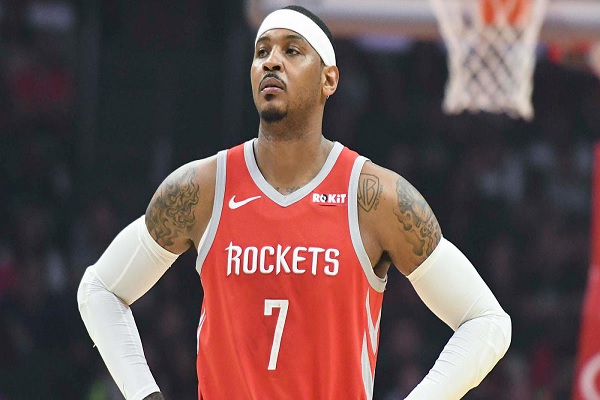 Carmelo Anthony could end up with the Heat, according to one analyst.

“There’s some traction” between Miami and the 35-year-old forward, Brian Scalabrine said Tuesday on SiriusXM NBA Radio’s “The Starting Lineup.”

Scalabrine, who spent 11 seasons in the NBA with the Nets, Celtics and Bulls, added:

“Miami has four roster spots. And, they’ve got a lot of guys on low guarantees. Right there, there’s a need. If they want to do the development thing with young guys, I get it. But, that’s really not Miami’s forte. They like taking an older guy, like a Carmelo Anthony and saying ‘With our good culture, we’re going to turn him into what we feel like.’ I think Miami’s interesting … and because they’re lying in the weeds and you haven’t talk about it, I actually think there’s some traction there.”

Anthony was a star with the Knicks and Nuggets but has not played in the NBA since he parted ways with the Rockets in mid-November. He averaged 13.4 points and 5.4 rebounds in his 10 games with Houston.

The Knicks “planned to consider bringing back Anthony” if they inked two stars to contracts this summer, according to an earlier report from The Athletic. New York, however, missed out on Kevin Durant and Kyrie Irving – who both signed with the cross-town rival Nets – and the team moved in a different direction.

Anthony had been linked to the Lakers because of his friendship with LeBron James. Yet, according to The Athletic, he’s unlikely to join Los Angeles.

The Heat, meanwhile, finished 2018-19 with a 39-43 record and missed the playoffs for the third time in five seasons. They landed a star this summer when they acquired Jimmy Butler in a sign-and-trade with the 76ers.