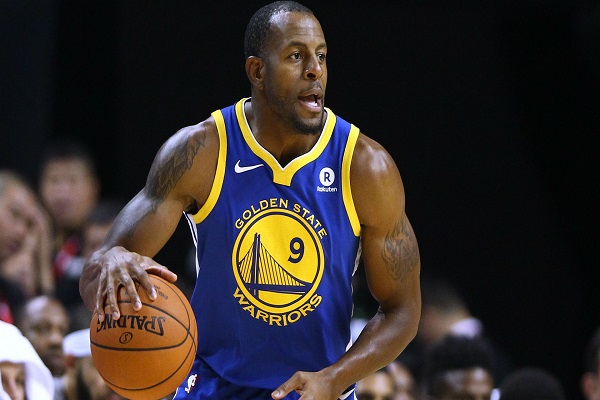 Memphis is willing to part with Andre Iguodala, but it has a hefty asking price.

The Grizzlies acquired the 15-year wing from the Warriors in a trade this offseason and might not move him if they can’t get a future first-round pick out of his many suitors, according to a report from The New York Times.

There is some belief within league circles that the Grizzlies are prepared to take Andre Iguodala into the season unless they receive a trade offer featuring a future first-round pick
– Marc Stein (@TheSteinLine) July 12, 2019

This is certainly ambitious for Memphis considering 35-year-old Iguodala’s mileage. He’s battled with lower leg injuries in recent years and averaged just 5.7 points, 3.7 rebounds and 3.2 assists with Golden State in 2018-19. But the versatile defender is in high demand.

The Lakers, Rockets, Mavericks, Clippers and Nuggets are all rumored to be interested in Iguodala, but they might not be interested enough to risk their futures on a player with a few years of basketball left in him, at best.

“I have a good idea how much longer I want to play,” Iguodala said earlier this year. “I’m keeping it to myself, but it’s going to be soon. I can play four or five more years. But I won’t.”

Memphis is rebuilding the right way and has three top-5 picks in 2019’s No. 2 overall pick Ja Morant, Jaren Jackson Jr., and Josh Jackson at its disposal.

The Grizzlies traded away franchise players Mike Conley and Marc Gasol last season and finished 2018-19 with a 33-49 record, which was good for 12th in the Western Conference. But they could turn things around if the assets they’re collecting pan out.