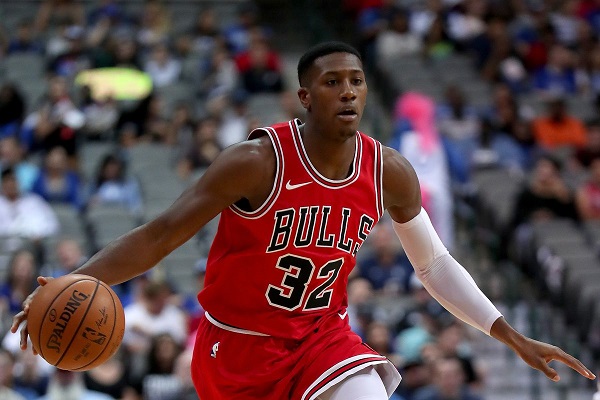 According to a report from the Chicago Tribune, which cites unidentified league sources, Chicago has recently discussed a sign-and-trade that would send the 25-year-old guard to the Grizzlies in exchange for wing Justin Holiday,

Chicago acquired Tomas Satoransky last month and also selected Coby White out of North Carolina with the No. 7 pick in the 2019 NBA Draft, which makes Dunn expendable. He averaged 11.3 points while shooting 42.5% from the field in 46 games in 2018-19, but, he struggled with turnovers and was inconsistent for long stretches.

“I only control what I can control,” Dunn told The Athletic in an interview after the 2018-19 season. “This summer, I’m excited because I actually know what my game is moving forward. The best thing for me is to be aggressive. I think that’s when I’m at my best. When they needed me to be aggressive, look at the numbers. The numbers don’t lie.”

The Timberwolves originally selected Dunn out of Providence with the fifth pick in the 2016 draft. He spent just one season in Minnesota before he was sent to Chicago as part of the Jimmy Butler deal.

“I’m not selfish,” Dunn said. “I do whatever it takes to win. I think the two years I’ve been here I showed what I can do defensively as a point guard. I made big-time shots. I took over games. Some people might let that go under the carpet, but it’s alright because I know what I can do. I’m not scared of the moment.”

Holiday, meanwhile, is a free agent and has received interest from at least eight teams, according to an earlier report from The Athletic. He began last season with the Bulls and was sent to the Grizzlies in early January.