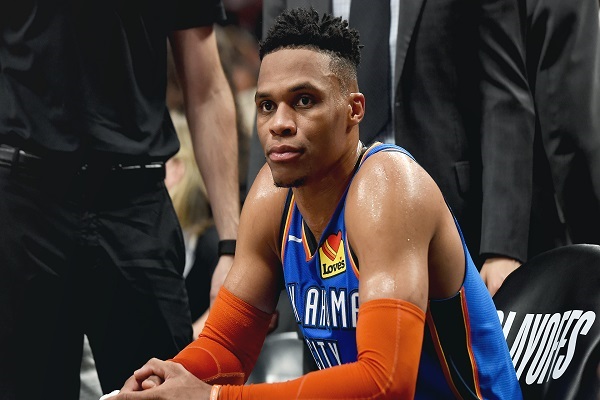 Reports from Various sources says that Westbrook will be moving to Oklahoma City this summer. A Saturday report from ESPN stated Westbrook and his agent are discussing possible moves with Oklahoma City’s front office and a deal could be done before the start of next season.

According to a report from the Miami Herald, The Heat might be interested in dealing for Thunder guard Russell Westbrook.

Been made clear to us this afternoon that Heat officials absolutely like Westbrook. We’ll see where it leads, if anywhere
– Barry Jackson (@flasportsbuzz) July 6, 2019

Miami has already made significant changes to its roster this offseason, as it acquired Jimmy Butler from the 76ers and sent Hassan Whiteside to the Trail Blazers. But there’s a real possibility the Heat aren’t done yet, as Westbrook could be made available soon.

The Thunder have already moved Paul George to the Clippers for Shai Gilgeous-Alexander, Danilo Galinari and four first-round draft picks and were rumored to be willing to move Westbrook and George to Toronto in a deal centering around Pascal Siakam. However that arrangement fell through because of the Clippers’ offer of draft picks.

Rather than trying to retool around one star, it appears the Thunder could be gearing up for a rebuild and this could help Miami make a big jump in 2019-20. Pairing a dynamic athlete like Westbrook with Butler would give the Heat one of the best backcourts in the Eastern Conference, but they might have to part with 2019 first-round pick Tyler Herro, Bam Adebayo and other pieces to make that happen.