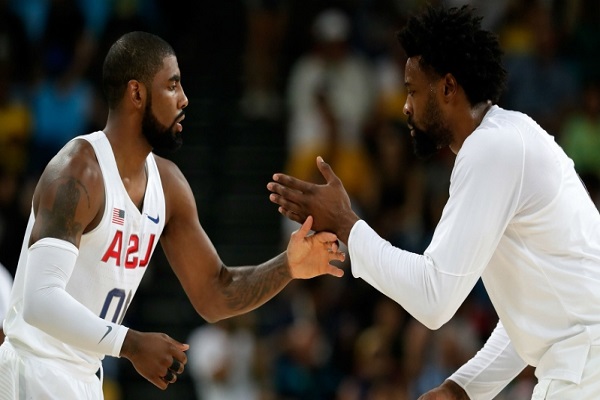 ESPN report stated that Kyrie Irving and DeAndre Jordan will join the Nets This Summer.

Shortly after Kevin Durant’s move to Brooklyn was reported, Kyrie Irving and DeAndre Jordan will join the two-time Finals MVP, as well.

The Nets have been eyeing Irving and had a four-year, $141 million deal ready for the six-time NBA All-Star.

Free agent Kyrie Irving is meeting with the Brooklyn Nets in New York on Sunday and both sides are motivated to move quickly toward reaching a 4-year, $141M deal, league sources tell ESPN.

Irving is coming off a season where he averaged 23.8 points, 6.9 assists and 5.0 rebounds per game for the Celtics.

The Celtics went 49-33 in the regular season and were eliminated by the Bucks in the Eastern Conference semifinals, 4-1.

Irving opted out of his deal with the team after a number of reports surfaced about turmoil that Boston faced last year and how Irving was unhappy living in the city.