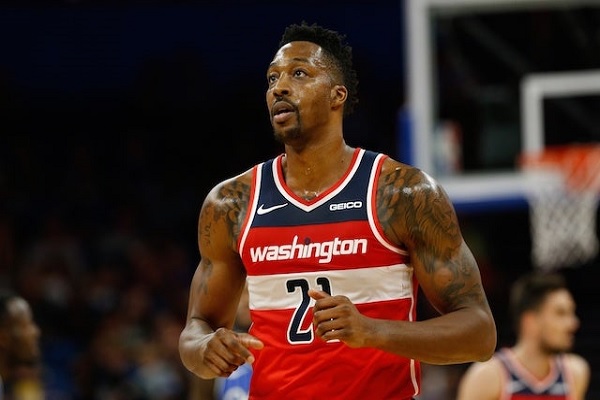 Dwight Howard is reportedly one step closer to reuniting with the Los Angeles Lakers.

According to Shams Charania of The Athletic and Stadium, the Memphis Grizzlies gave the Purple and Gold permission to speak with the big man. Los Angeles needs additional frontcourt depth after DeMarcus Cousins tore his ACL during the offseason.

This comes after Charania reported there is “mutual interest” between the Lakers and Howard, who he said Memphis is “expected” to release.

The pairing is far from a done deal, though, as Ramona Shelburne of ESPN cited a team source with the Lakers who called any talks with Howard “due diligence” given the situation in the frontcourt.

So I don’t think this decision would be about bridges burned. More like whether the Lakers feel Dwight Howard would be their best option after the loss of Boogie. Still very early in that decision making process.

However, he is far past his prime at 33 years old and played a mere nine games last season for the Washington Wizards. He averaged 12.8 points and 9.2 rebounds a night before he underwent surgery for a gluteal injury and was promptly traded to the Grizzlies in July.

Howard and the Lakers also have a history together: He played for the 2012-13 team that lost in the first round in stunning fashion (4-0 to the San Antonio Spurs). That team featured Howard, Kobe Bryant, Pau Gasol and Steve Nash but crumbled under expectations and chemistry issues, particularly between Bryant and the big man.

Howard then chose not to re-sign with the Lakers after just one season.

The Lakers are again on the shortlist of contenders with LeBron James and Davis, and Howard could help them win the championship he never did in his previous stint in Los Angeles.