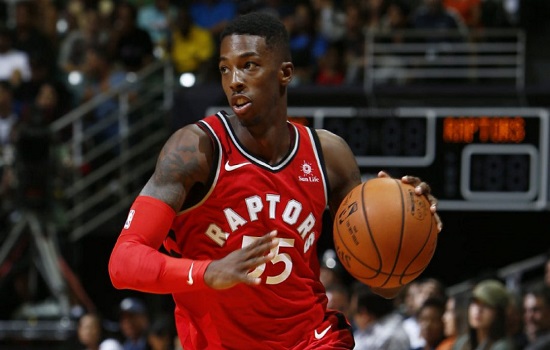 Reports from ESPN says Delon Wright has agreed to a three-year, $29 million sign-and-trade deal that will send the restricted free agent from the Grizzlies to the Mavericks.The Dallas is solidifying its backcourt for the season ahead.

The 27-year-old guard had spent all three of his NBA seasons with the Raptors until he was traded to the Grizzlies in 2018-19 as part of a deal centering around Marc Gasol. Although Wright was a reserve for Toronto, his move to Memphis thrust him into the spotlight.

The 6-5 backcourt will center around 2019 Rookie of the Year Luka Doncic, but the Mavericks have also gathered some complimentary pieces to support him. They signed Seth Curry to a four-year deal in free agency this offseason and acquired Tim Hardaway Jr. from the Knicks before February’s trade deadline.

While Dallas did lose top target Kemba Walker to the Celtics, it still has Kristaps Porzingis in its back pocket.

The Mavericks ranked 14th in the Western Conference in 2018-19 – finishing with a 33-49 record. But it appears to be making moves to keep up in a constantly improving field.

NBA TRADE NEWS: Lakers To Sign DeMarcus Cousins And 6 others After Missing Out On Kawhi Leonard — See Huge Announcement…