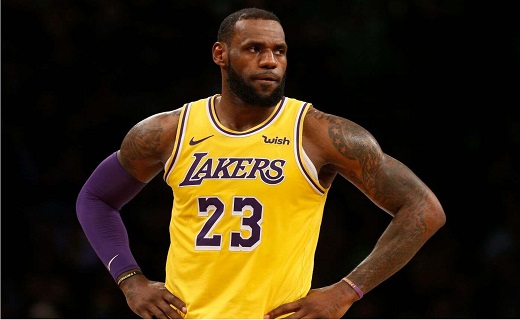 The NBA world will surely have their eyes locked on 15-year-old high school basketball sensation Emoni Bates. As early as now, Bates is already carrying some pressure on his shoulders as he’s being compared to LeBron James.

The Ypsilanti, Michigan-native is not only viewed as the potential No. 1 prospect in the 2022 class, scouts also claim that he’s the best prospect in high school basketball at this point in time.

“In the best freshman conversation, he’s 1. He’s better than LeBron as a freshman. Bron was good, real good. Emoni is dominant,” a veteran of the grassroots basketball told ESPN.com

It will be remembered that James was also a top NBA prospect during his high school days. However, with how the game is played today, some with an eye for such great talents believe that Bates could even outshine James.

“He has a chance to be ahead of LeBron. I’ve never seen a better freshman. He’s a prospect that’s dominant as a ninth-grader. That’s rare,” a longtime scout pointed.

The scout also noted that the young Bates’ progress as a player is quite faster than the usual.

“Normally prospects are guys with high upside or potential that you haven’t fulfilled. His potential is high, but he’s doing it now,” scout added.

At 6-foot-8, another youth basketball observer explained that Bates has “size, skill, killer mentality, shooting ability.” A combination he has never seen from a player close to Bates’ age.

Before Bates, a more famous top NBA prospect has already been compared to another NBA superstar. LaMelo Ball, brother of New Orleans Pelicans’ Lonzo Ball, has been often compared to Stephen Curry. In fact, a video was uploaded online to show how Ball resembles the game of Curry.

Ball is now playing in an Australian basketball league. But before he officially signed a contract, he already disclosed that his desire to take his talents overseas was to ensure that he will land a spot in next year’s NBA Draft.

“My agents did a ton of research on the options I had to play this coming season, and Australia really made sense for me. They have a really strong league, with excellent coaches and great players, including former and future NBA players, and great strength and conditioning programs. My goal is to be the top pick in next year’s draft, and I feel they can help me reach that goal. Also, the timing of the season works well with the timing of next year’s draft,” Ball stated.