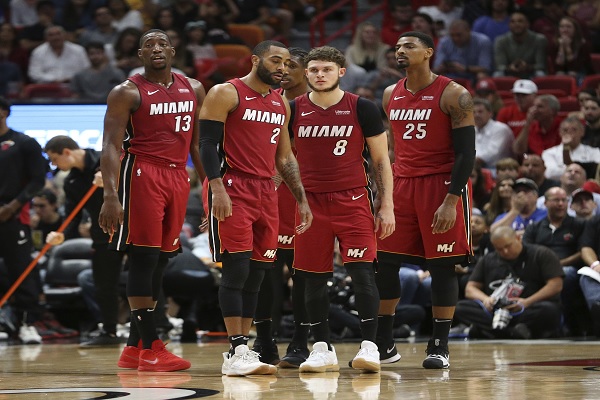 One of the familiar guards who made waves in the NBA a couple of years ago was Mario Chalmers. The 33-year-old was best known for his part with the Miami Heat, particularly that back-to-back title runs in 2012 and 2013. Of the two title runs, it was in 2012 where Chalmers drew attention. This was the time where he played an instrumental part in games 4 and 5 to help the Heat win the NBA title. Below are some highlights of his performance during game 4 of the 2012 NBA Finals.

But as most NBA stars, all things come to an end. He would be eventually traded to the Memphis Grizzlies together with James Ennis on November 2015 where he had the chance to rise with fewer superstars upfront. But an Achilles injury stopped him from doing so and things were simply never the same after that. He tried to revive his career with Vitus Bologna in the Italian Lega Basket Serie A (LBA) but lasted only one season. He was part of the champion team that copped the Final Four of the Champions League back in May, the Sun-Sentinel reported.

Now, the 33-year-old guard finds himself in the Big 3 as part of the 3 Headed Monsters. With six games set to be played in Miami this weekend, he took time to reflect on his time in South Beach and cherished the time he had with the Heat – particularly those back-to-back NBA championships, the Miami Herald reported.

“All the fun we had,” said Chalmers. “Just winning championships, being on those teams that really was a dynasty team. It’s being part of some special moments. Leaving my mark is probably the main thing.”

Like other NBA stars who still hold hopes on making it back to the big league, all that matters to the 34th pick of the 2008 NBA Draft is that he continues to play basketball. Apparently he want to fulfil a childhood dream – play 10-plus years in the NBA. So far, he has played nine seasons. Given the chance, he would be happy playing at least one more season.