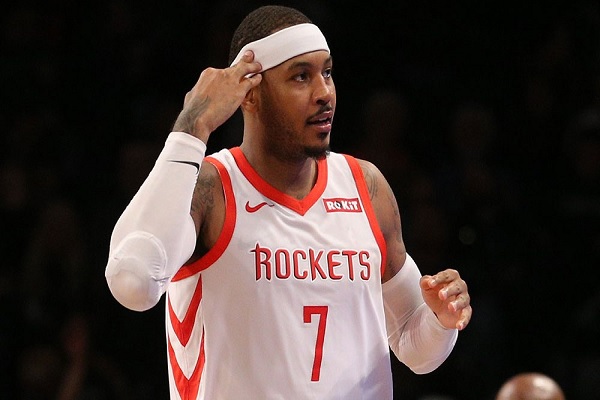 Carmelo Anthony, one of the biggest remaining names on the free-agent market, has reportedly been working out with Nets players, according to an SNY report.

According to the report, the 10-time All-Star has been “participating in informal team workouts and scrimmages with Brooklyn Nets players in Los Angeles recently.”

Kyrie Irving, signed by the Nets in free agency this offseason, reportedly organized the workouts.

This news might mean absolutely nothing, or it could mean the Nets have genuine interest in Anthony. The report concludes: “Nets’ interest level in signing Anthony is unknown.”

The 35-year-old forward is long removed from his days of scoring 25-plus points per game, but he could still be useful as a scorer coming off the bench. He balked at playing a reserve role in Houston last year, and lasted just 10 games before the team traded him to the Bulls, who waived him before he played a game with them.

But Anthony recently told ESPN’s “First Take” he would accept a lesser role at this stage in his career.

He would come at a thrift-store price – he played for the veteran’s minimum of $2.4 million with the Rockets.

The Lakers have also been rumored to have interest in Anthony.