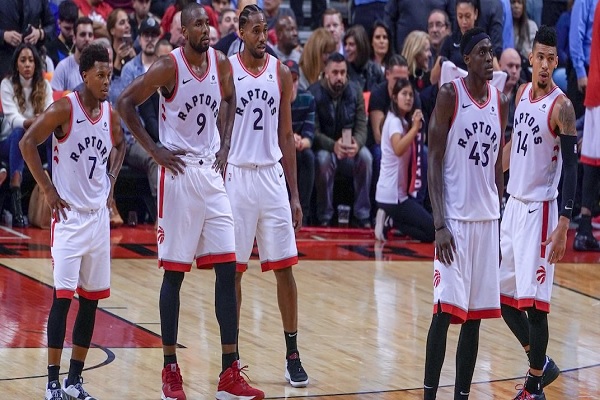 Seven years after “Linsanity” took over the N.B.A., and months after he became the first Asian-American player to win a championship ring, Jeremy Lin has signed with the Beijing Shougang Ducks of the Chinese Basketball Association, the team announced on Tuesday.

There was a chilly N.B.A. free agency market for Lin, 31, who split last year between the Atlanta Hawks and Toronto Raptors. He played only 27 minutes for the Raptors in the playoffs, including just one mop-up minute in the finals.

But to his legions of fans, he always meant more than his on-court numbers. He is one of the few players of Asian-American descent to make it to the N.B.A., and the first to become an international phenomenon, in 2012, when he went on a stunning run for the New York Knicks. Once overlooked by scouts, he has earned more than $65 million in his career.

“To challenge stereotypes, make history, rep Asians at the N.B.A. level and pave the path as others have done for me has been an absolute privilege,” he said on Instagram.

Signing with the Chinese league does not necessarily end his N.B.A. career. The C.B.A. season ends in March, allowing him time to sign a late-season contract with an N.B.A. team in need of a veteran.

But it’s a clear indication that N.B.A. teams had little interest in a 31-year-old guard who has gradually seen his role reduced since injuries sapped him of his once-electric athleticism. After the Hawks waived him, at his request, in February, he played 18.8 minutes per game for the Raptors, averaging 7 points and 2.2 assists. Playing behind Kyle Lowry and Fred VanVleet, he was removed from the playoff rotation.

In recent months, he made clear he did not want to give up on the N.B.A.

“In English there’s a saying and it says once you hit rock bottom, the only way is up,” he said during a speech in Taiwan in July. “But rock bottom just seems to keep getting more and more rock bottom for me. So, free agency has been tough. Because I feel like in some ways the N.B.A.’s kind of given up on me.”

It’s not the first time N.B.A. teams decided he couldn’t play. Daryl Morey, the general manager of the Houston Rockets, said that he and others mistakenly saw the Harvard graduate as unathletic when they decided not to draft him, despite objective data that indicated otherwise.

“I can’t think of any reason for it other than he was Asian,” Michael Lewis quoted Morey as saying in his book “The Undoing Project.”

Lin got spare backup minutes for the Golden State Warriors in 2010-11, but his Linsanity run for the New York Knicks in 2012 lifted him from obscure bench player to genuine international star. He signed a four-year, $28.8 million contract with the Rockets the next summer, and he has also played for the Los Angeles Lakers, the Charlotte Hornets and the Brooklyn Nets.

Lin, who grew up in Palo Alto, Calif., and whose parents immigrated from Taipei, Taiwan, already enjoys celebrity status in China. He created a sports foundation that operates seven basketball programs in China, according to Radii, a China-focused website.

“I’ve always known that my journey in some ways would end in China, that I would come back here and take the experiences that I had growing up in America,” he told Radii. “The N.B.A. training and the concept of a student athlete, a lot of these different things that I’ve learned through my childhood and my N.B.A. experiences — I want to be able to help as many kids as I can in China.”