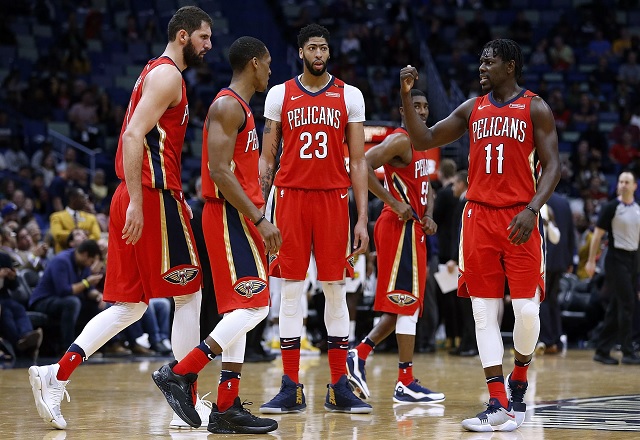 Zion Williamson could be in New Orleans for the long haul.

The Pelicans forward was selected No. 1 overall in the 2019 NBA Draft after a breathtaking freshman year at Duke, and many expect him to blossom into a superstar. However, some speculated that Williamson will only spend a few seasons with New Orleans before leaving to sign with a major market for his prime years.

Williamson spoke with Complex on Tuesday and responded to that speculation, insisting he has no such plan.

“I’m gonna try to give you the best answer I can give. Personally, I’ve always told myself I want to stay with one team.” Williamson said.

“Growing up, I loved what Kobe [Bryant] did and Dirk [Nowitzki] did, and I think if anybody’s a Michael Jordan fan, they kinda erase the Wizards thing. He still did very well there, but at the end of the day, I don’t think people look at it from the business point of view. Some people want to stay with one team but they get traded. My intentions are to stay with the Pelicans my whole career, but if something happens, I wouldn’t leave because I hate the place. It’s just the business.”

He believes New Orleans can be a championship contender this upcoming season, despite the fact the team missed last year’s playoffs.

“Me being confident in my teammates, I would say I think the ceiling is [a] championship,” Williamson said. “But I have to be realistic about this. I have high expectations for us, but you gotta see how we’re gonna work. I think we are going to work, but it does take time to adjust to each player – knowing what they like to do, finding out their tendencies. So I think the quicker we find out those things, I think we have a very high ceiling.”

Williamson appears ready for the challenge of turning around the Pelicans with the hopes of leading his team to its first championship in franchise history.