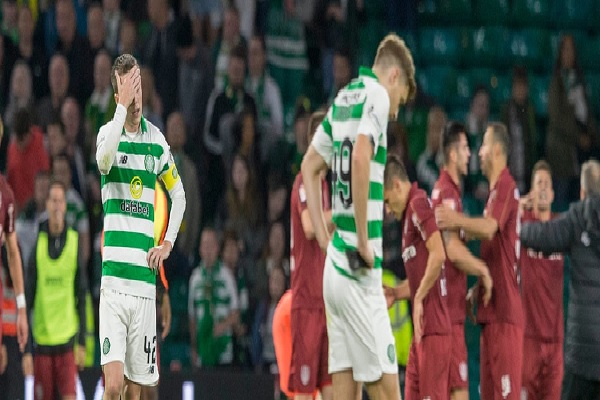 Basketball Hall of Famer and eight-time NBA champion John Havlicek, one of the greatest Boston Celtics players of all time, has died at age 79, the team announced.
Havlicek had a Parkinson’s diagnosis. The Boston Celtics said on Twitter on Thursday that he passed away peacefully.

It is with great sadness we have learned that Celtics Legend and Hall of Famer John Havlicek has passed away peacefully today at the age of 79. He will be dearly missed by his Celtics family.

Havlicek, 16th all-time on the NBA scoring list, was voted in 1996 to the league’s honor roll of top 50 players in the first 50 years of the NBA.

“John Havlicek is one of the most accomplished players in Boston Celtics history, and the face of many of the franchise’s signature moments,” the team said on its website. ” His defining traits as a player were his relentless hustle and wholehearted commitment to team over self. … John was kind and considerate, humble and gracious. He was a champion in every sense, and as we join his family, friends, and fans in mourning his loss, we are thankful for all the joy and inspiration he brought to us.”
Havlicek was a shooting guard/small forward who spent all 16 of his seasons between 1962 and 1978 with the Celtics.
He was involved in one of the most memorable plays in NBA history when he helped seal the Celtics Game 7 win in the Eastern Conference Finals. With just five seconds left, he tipped an opponent’s inbounds pass to a teammate, sealing Boston’s one-point win.
The play prompted the Celtics’ radio announcer to scream: “Havlicek steals it. Over to Sam Jones. Havlicek stole the ball. It’s all over! It’s all over! Johnny Havlicek is being mobbed by the fans. It’s all over. Johnny Havlicek stole the ball.”
Before he played for the Celtics, Havlicek played at The Ohio State University, where he won a national title in 1960 and had his number retired.
The 6-foot-5 player was drafted by the Celtics and the Cleveland Browns, who signed him to be a wide receiver. After he was cut following two preseason appearances, Havlicek joined the Celtics, who had won four consecutive NBA titles.
With him they won four more in a row, from 1963 to 1966, then won again in 1968, 1969, 1974 and 1976. Only 12 players have more playoff points than him.
Former Laker and basketball hall of famer James Worthy described Havlicek as “super nice” with “a quirky sense of humor” on Twitter.
“This is an immense personal loss,” said sports columnist Bob Ryan on Twitter. “If all professional athletes carried themselves as well as he did, sport would be a far better place.”
Former teammate, Bill Russell, called him “family.”

It is getting difficult each time I hear about another contemporary that passes! What is harder is when we lose guys like John Havlicek, he was not just a teammate & a great guy, but he was family. That is how our @celtics teams were. #RIP Hondo @NBA #RIPJohnHavlicek @NBAonTNT pic.twitter.com/VP9MGPjrmZ

“John Havlicek was a wonderful friend who represented the best of the NBA,” NBA Commissioner Adam Silver said.
“A trusted teammate who prioritized winning, John’s passion and energy endeared him to basketball fans and made him a model for generations of NBA players.”