World number one Rafael Nadal insisted Tuesday that matching or beating Roger Federer’s record 20 Grand Slam titles is not important and he was “super happy” with his tennis career regardless.

The Spaniard launched his campaign to equal the Swiss great’s mark by dropping just five games in a 6-2, 6-3, 6-0 annihilation of Bolivian Hugo Dellien in the Australian Open first round.

The Mallorcan, the first man to be world number one in three different decades, can not only match his great rival’s achievement but also become the first man in the Open era to win all four Majors at least twice if he lifts the trophy again at Melbourne Park.
It is a big ask for the 33-year-old Nadal, who has only won the title once before in Australia, against a tearful Federer in 2009, with four runner-up finishes to his name.

“I don’t care about 20 or 15 or 16. I just care about trying to keep going, keep enjoying my tennis career,” said Nadal. 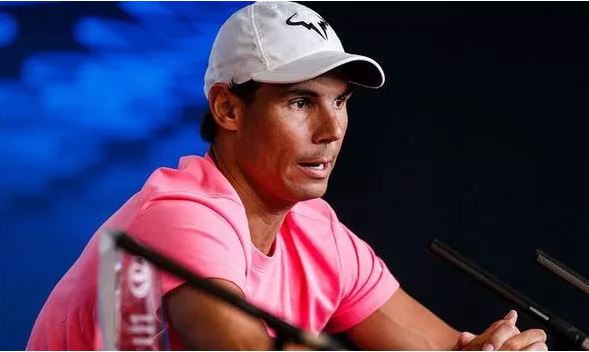 “I am very satisfied with my tennis career because I give it all most of the time,” he added. “That’s the only thing that matters.”

The Australian Open is the only Major Nadal has failed to win more than once, having claimed 12 titles at Roland Garros, four at the US Open and two at Wimbledon.

He has been a finalist in Melbourne four times since winning but has struggled to get over the line, something that baffles him.

“I have been a break up twice in the fifth set and I lost. Another time I have been injured in a final, of course, against a great opponent,” he said on why he had not been able to convert in Australia.

– Main goal –
Nadal, in a pink sleeveless shirt and matching shoes, was in total charge against the world number 73 Dellien, storming to a 5-0 lead in the opening set before the Bolivian held serve, then against the odds broke, before the Spaniard served out the set. 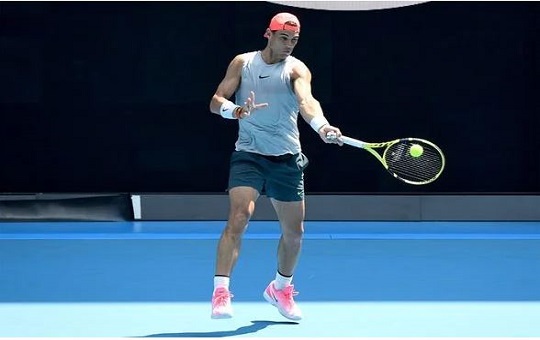 Underdog Dellien was broken in the sixth game of the second set but hit back again to break Nadal for the second time in the match before the top seed again rallied to restore control with some sizzling forehands down the line.

Nadal raced 3-0 up in the third set as his physicality and power shone through.

The Spaniard next plays either Argentine Federico Delbonis or Portugal’s Joao Sousa and said he never looked further ahead than the next match.

“I think about Sousa or Delbonis, that’s all. I think about my practice tomorrow, try to follow up the level of tennis that I played in the third set,” he said.

“That should be my main goal. I need to play at my highest level if I want to keep going in the tournament.

“If I am able to reach my highest level, that’s the thing that I have to worry about.