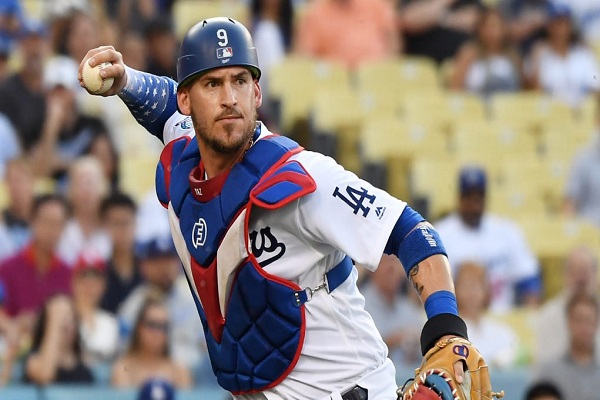 Emotions got the best of Yasmani Grandal as the Brewers catcher was ejected from Monday’s game against the Braves.

Grandal was upset after he was called out on strikes. He argued with home-plate umpire Jordan Baker and then was ejected before anyone could intervene. The ejection marked his first as a Brewer, and his third throughout his eight-year career.

After the game, Grandal apologized for his outburst.

“It’s been building up for the last three weeks and it just so happened to set me off with him,” Grandal said (via the Milwaukee Journal Sentinel). “Obviously, that’s not the way I want to be acting – especially for the kids that are in the stands, for the kids that are watching at home, for the young guys on this team. I don’t want them seeing me like that.

“In the heat of the moment I lost sight of what my job is, which is making sure Houser kept going. My relationship – especially with Baker – is probably one of the best ones that I have. My apologies go out to him and his crew. Other than that, I’m just frustrated.”

The Brewers ended up losing 4-2 to the Braves, marking Milwaukee’s eighth loss in its last 10 games. The Brewers are now third in the NL Central behind the Cubs and the Cardinals with a 48-47 record.