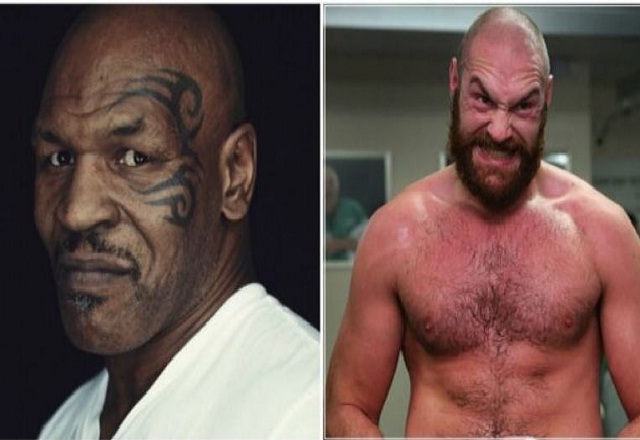 Britain’s ‘lineal’ heavyweight champion is currently gearing up for his next outing on September 14 in Las Vegas and has been completing a series of media obligations to promote the bout in the build-up. Few days ago he decided to meet a man he was named after, Mike Tyson, not just for a challenge as many would have thought but to share some important moments and also record a podcast ahead of his fight with Otto Wallin. When Fury was born in 1988, he was three months premature and weighed just 1lb.

As a result, his father named him after the undisputed heavyweight champion at the time, Mike Tyson.

The pair first met when they were ringside for Deontay Wilder vs Artur Szpilka in 2016 and have since shared the occasional FaceTime conversation.

However, this week was the first time Tyson and Tyson sat down for an in depth discussion. Guests such as Evander Holyfield and Andy Ruiz Jr have also sat down with Mike for other episodes to be released shortly.