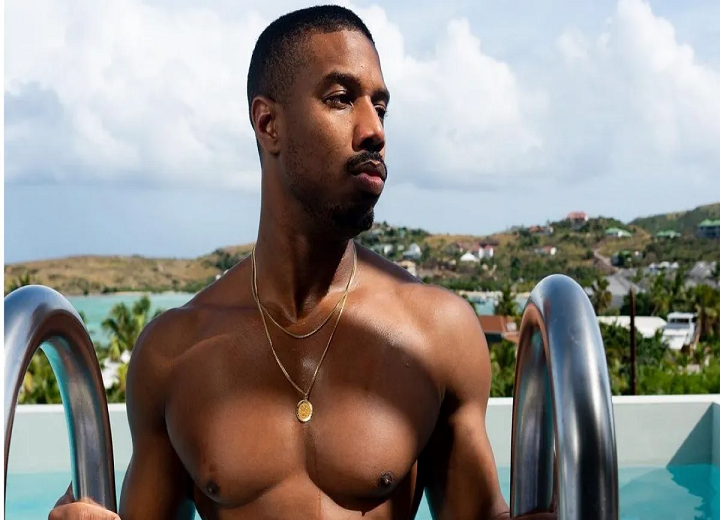 Michael B. Jordan paused his vacation on Monday to take part in a smoldering photo shoot. The 33-year-old actor, who is currently in St. Barts with girlfriend Lori Harvey, and her family, showed off his toned physique as he posed on an airfield on the Caribbean island.

Michael wore an olive green polo shirt which clung to his biceps along with white pants as he posed alongside an electric bike. For other snaps the Black Panther changed into a white tank top and khakis as he perched on the wing of a light aircraft. 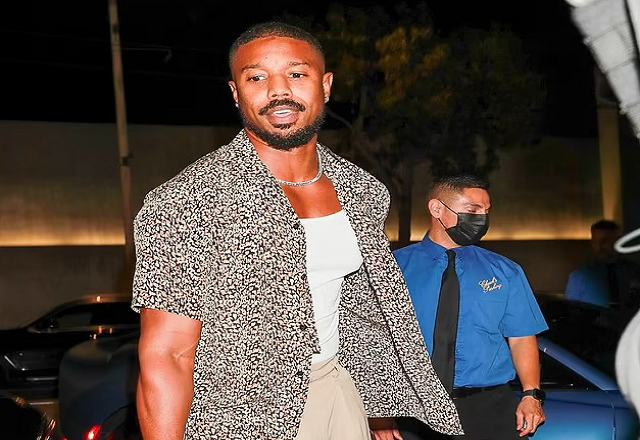 He also showed off his athletic prowess as he got down on the ground for some push-ups while the photographer snapped away. While Michael was on his fashion shoot, girlfriend Lori, 24, was showing off her curves in a clingy green dress which she documented on Instagram.

‘Last night’ the beauty captioned Instagram stories she shared on Tuesday of her posing in the mirror.Michael is on vacation on the island of Saint Barthélemy with Lori and her parents, Family Feud host Steve Harvey and his wife Marjorie. 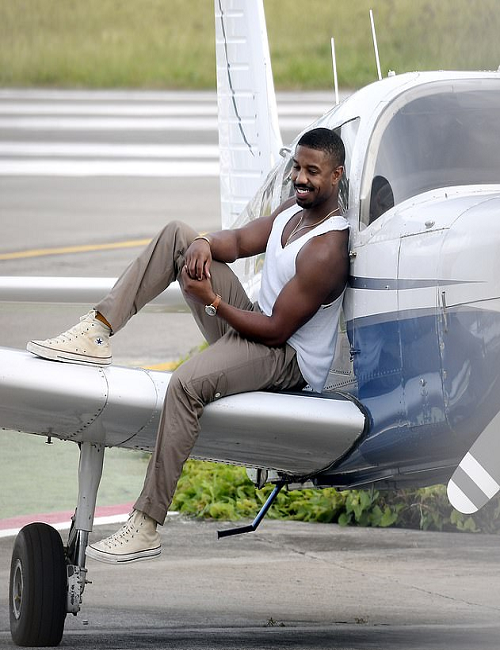 ‘Michael treats Lori and her family with the utmost respect. For her parents to welcome Michael into their home and celebrate with the family speaks volumes about how they view him,’ a source told Hollywood Life earlier this month.

‘It was really important to Lori that Michael be there to celebrate her 24th birthday with her and her family because she definitely sees their relationship going somewhere.’The couple only went Instagram official on January 10 but they’re clearly smitten. 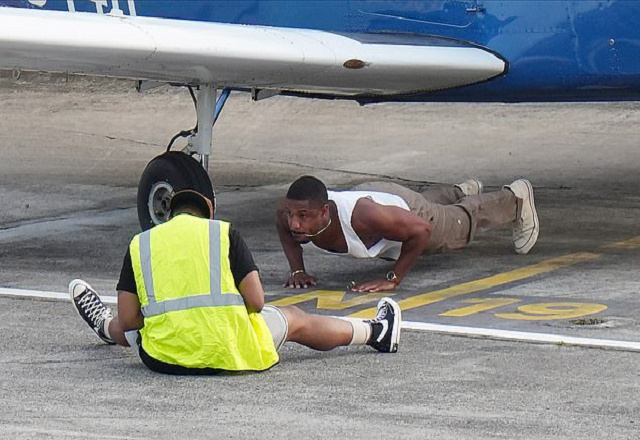 Lori and Michael were first pictured together sporting matching sweats while departing a Delta airplane in Georgia on November 25. Last year, Lori celebrated her birthday kissing Grammy-winning rapper Future in a pool in Jamaica, but they reportedly split by August.