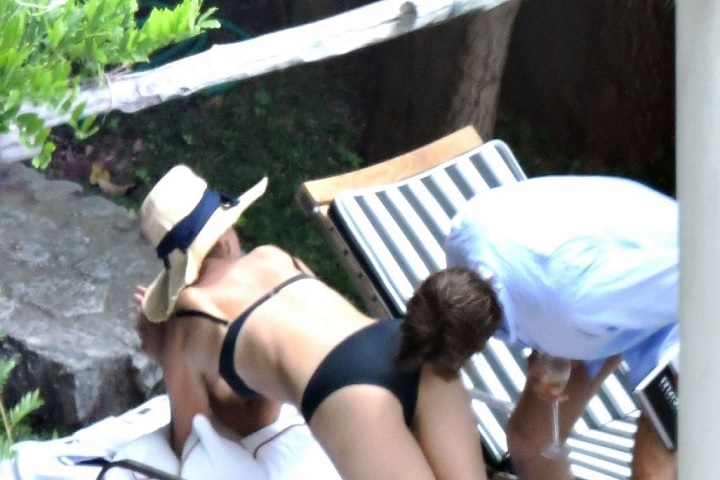 Maria Sharapova’s professional season might be winding down, but her boyfriend is kicking off ass-eatin’ season … in a big way!

The Russian tennis star was lounging in a bikini Sunday in Positano, alongside her millionaire bf, Alexander Gilkes, who decided to order lunch OFF-menu. For some reason, Alex got a face full of Maria’s butt.

He was also pretty handsy with the booty — so, there’s little question to what he sees in Maria. Check out the pics, though … she was stuck on her phone the whole time he was going to work back there.

We’d say she’s gonna give the guy a complex, but looks like it’s all love, baby.

If you’re popular, a TMZ photo or some other sort of paparazzi is probably watching you. And you can guarantee they’ll see almost every single thing you do, no matter what it is or where you are—like getting your butt licked by your millionaire boyfriend in Italy. 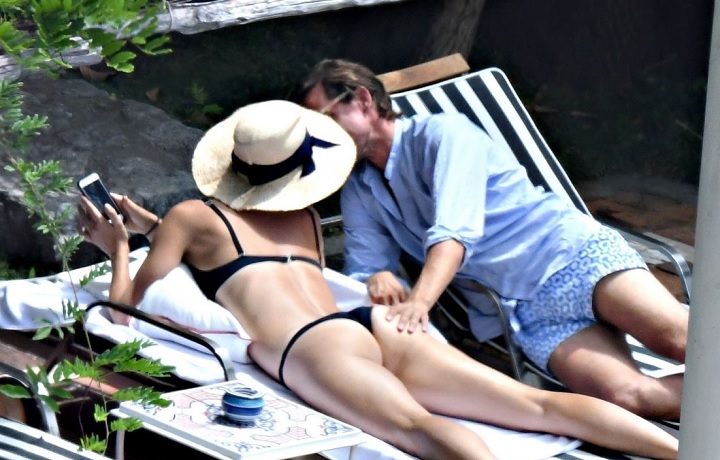 That’s exactly what happened to tennis star Maria Sharapova when paparazzi snapped a photo of her boyfriend, Alexander Gilkes, taking a bite out of her rear end and grabbing himself a handful during their vacation in Positano.

“Work Hard And Polish It, It Will Come Off”: Judy Murray Tells Andy Murray

“There Is No Intention Of Whitewashing”: Naomi Osaka Sponsor Apologises For ‘Whitewashing’ Tennis Star In Ad