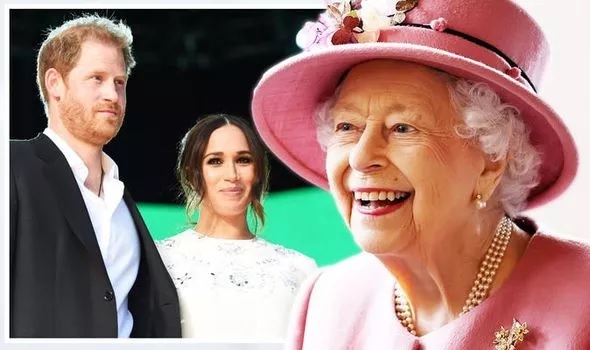 Lilibet Diana christening has become a much talked about event, with the Bishop of Liverpool telling Express.co.uk that the Queen will be “rejoicing and hoping” that the ceremony takes place.

Lilibet Diana is the five-month old daughter of Prince Harry and Meghan Markle with speculation having surrounded her christening since her birth in June. Questions over whether it will happen in the US, the UK, or even at all, have surfaced in recent months. Some reports suggest that the Duke and Duchess of Sussex are keen for Lilibet to be christened in the UK, but the coronavirus pandemic has made international travel more difficult. 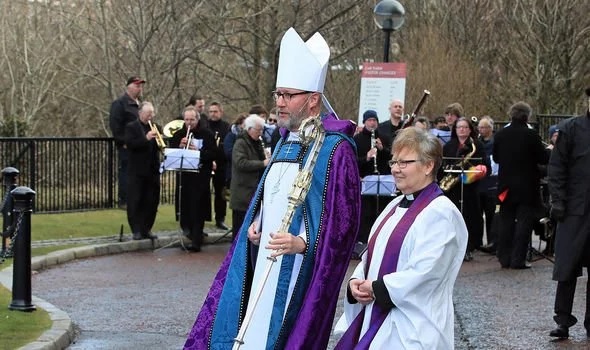 But the UK is now opening up to foreign travel, with the rest of the world closely following. Lilibet’s brother, Archie, was born in May 2019 and christened at Windsor Chapel just two months later. An intimate ceremony, the Archbishop of Canterbury baptised the young royal in front of a small group of friends and family.

He followed a long line of members of the Royal Family who have been christened, with Paul Bayes, the Bishop of Liverpool, noting that the Firm has “always set an example” in regards to the ceremony. Christenings have an added element of significance given the Queen’s position as head of the Church of England. 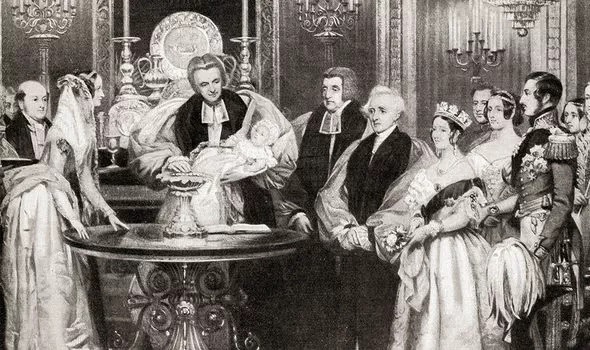 Queen Victoria: Since 1841, royal babies have all worn the same gown or replica

Because of this, Bishop Bayes told Express.co.uk that, despite the uncertainty, the Queen would be “rejoicing and hoping” that Lilibet is christened. When asked if he believed it would be important for the monarch to be present during Lilibet’s christening, he said: “For me, as a Christian, the main thing is the act of the christening itself.

“If things go wrong at a birth and it looks as though the baby isn’t going to live that long, the hospital chaplain would come, only on request, and baptise the baby before it passes away. “In that case, you of course don’t wait around for the family to come — you do it as fast as you can, I think this underlines what the main thing is about this. 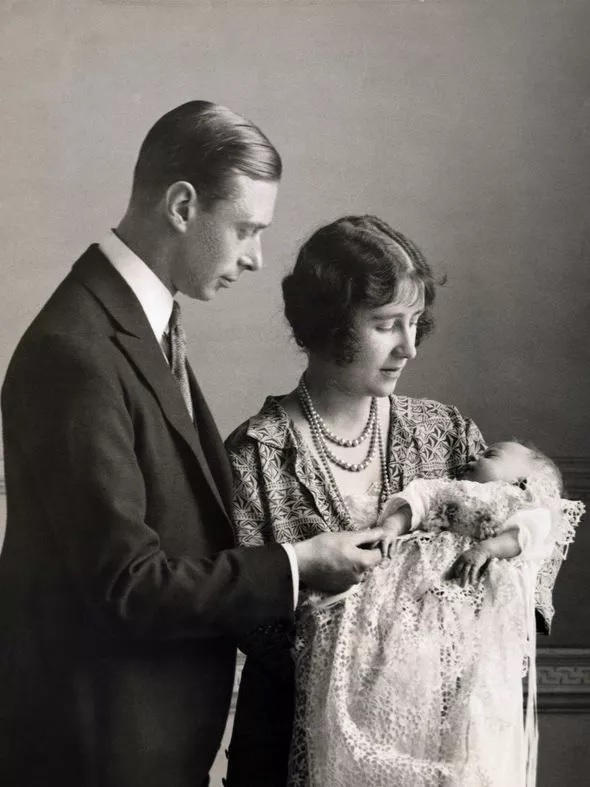 Queen’s christening: The ceremony has traditionally been a public affair

“Having said that, it’s always wonderful to have a party and if that’s possible I’m sure that will be lovely. “But with a lot of families, including the Royal Family, widely spread across the country and world, it’s sometimes not possible. “I’m sure wherever Lilibet is christened the Queen and all members of the family will be rejoicing and hoping for that blessing.” While a person can be christened at any age, the ceremony can only happen once.

A Christian practice, Bishop Bayes explained that parents often want their children to be christened as it acts as a “good start” in life by being blessed by God. On the Christian side, a christening is a welcome into “God’s family”.
Bishop Bayes said: “It gives an opportunity for families to feel that they’re asking God’s protection and blessing for their child.

“And, it gives a chance for the church to say that we believe God loves everybody and that God comes to meet us even before we’re old enough to realise what’s going on.” Among members of the Royal Family, christenings have been very public affairs. Over the years, it has been customary to see pictures of the Firm gathering together for the ceremony.

Since 1841, the baptism of Queen Victoria’s daughter Princess Victoria, royal babies have all worn the same trailing royal christening gown designed by Janet Sutherland, or at least a replica of it.

In 2004, the Queen commissioned Angela Kelly, her dressmaker, to create an exact copy of the original outfit. This was then worn by James, Viscount Severn, at his christening in 2008.

The gown or its replica has been worn by 62 royal babies — including Queen Elizabeth II, according to the Royal Collection Trust. Meghan and Harry broke with tradition for Archie’s christening, the ceremony undertaken in a private and close-knit setting.