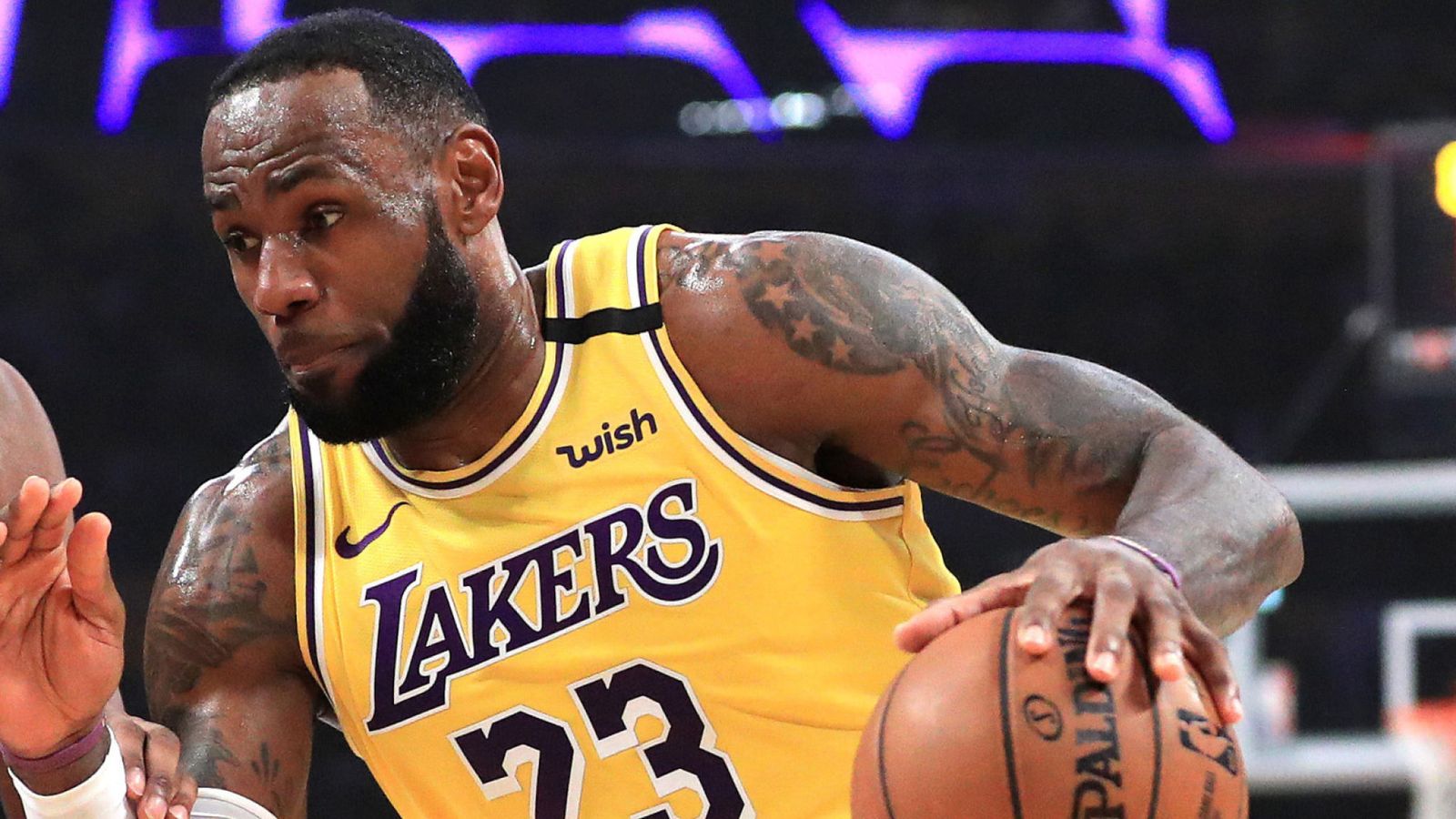 James scored 19 of his 21 points in the first half of the Lakers’ 100-92 Wednesday night win over the New York Knicks to move closer to Bryant, the third-highest points scorer in NBA history.
James cooled off as a scorer in the second half against the Knicks but shone as a facilitator, putting his own offense aside to help Anthony Davis find his.
James took only six shots in a quiet second half but Davis scored 17 of his 28 points after the break to help the Western Conference leaders pull away and seal their 35th win of the season.

“I was more of a facilitator in the second half,” James said. “I wanted to get AD going. He looked a little out of rhythm in the first half. So it was a point of emphasis for me in the third quarter and the fourth quarter to get him going. And that was the difference.”
James now has 33,599 points, 44 behind Bryant. That leaves him in good shape to catch the former Lakers star on Saturday night at Philadelphia, where the five-time NBA champion was born.
Before that, Los Angeles have a game in between against the Brooklyn Nets, live on Sky Sports Arena in the early hours of Friday morning (1am). 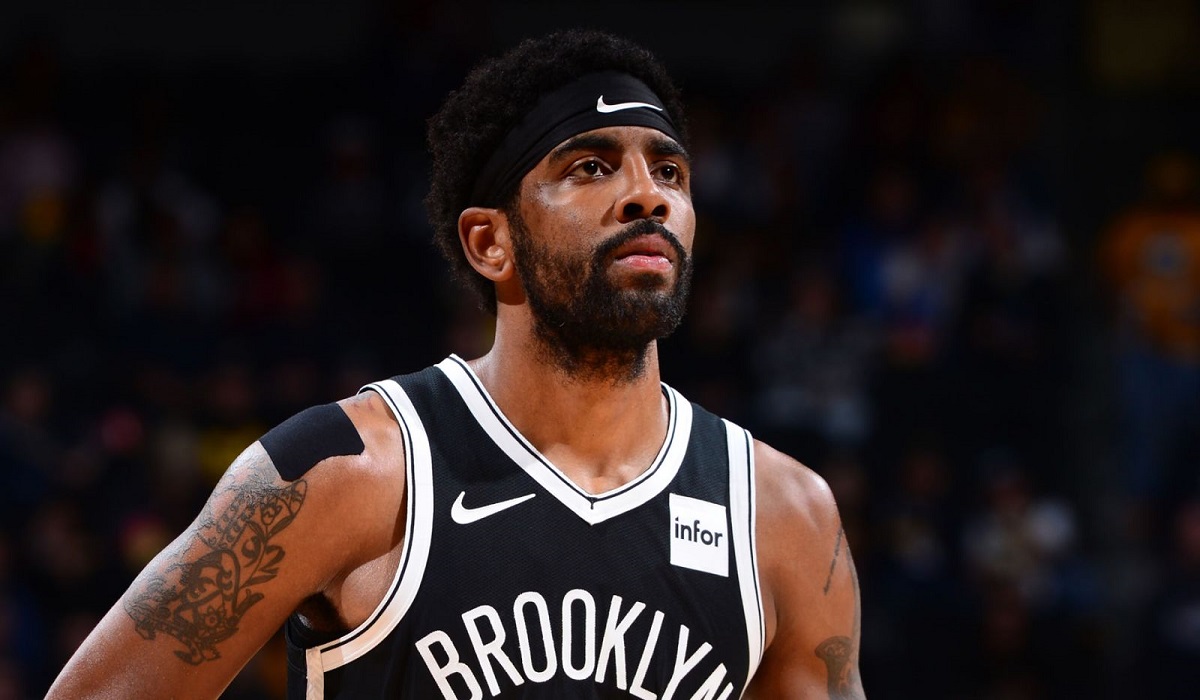 James and Nets star guard Kyrie Irving were team-mates for three seasons with the Cleveland Cavaliers, with each campaign ending in the NBA Finals. In the 11 times they have opposed each other, whatever team James was leading holds the edge over Irving’s team.

Their 12th meeting occurs with the Lakers attempting to improve on the Western Conference’s best and the Nets desperate to move past a slump in form. 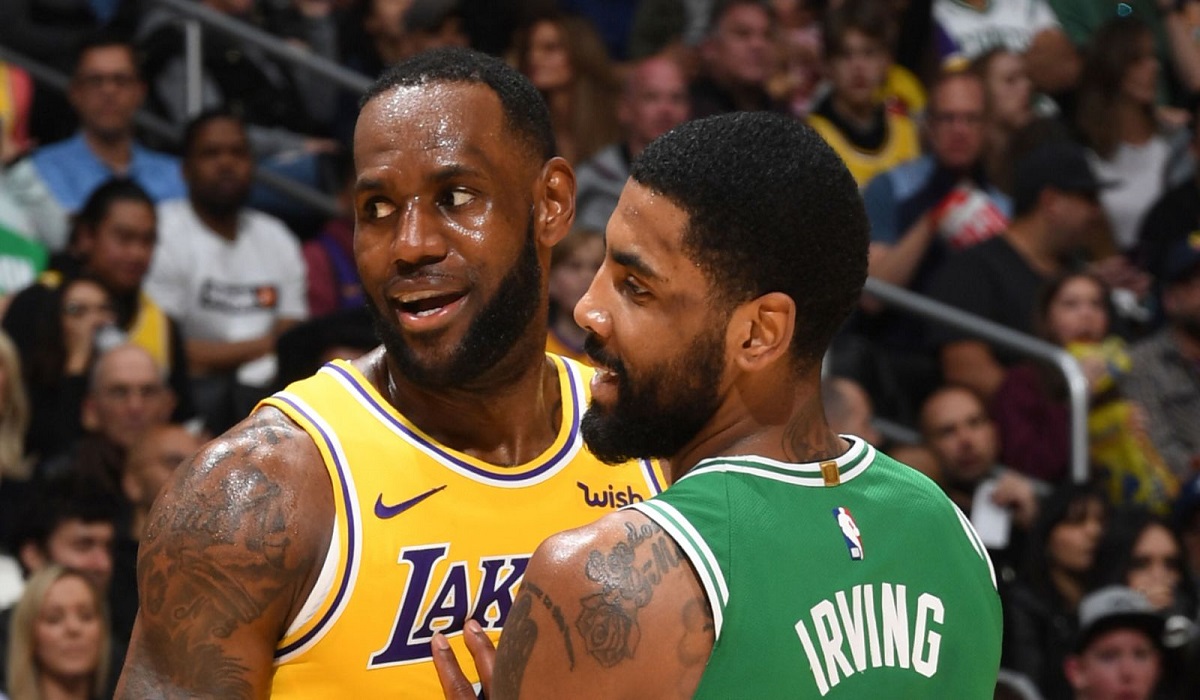 James is 9-2 all-time against Irving and is averaging 25.5 points in those games. Irving’s two wins occurred during his tenure with the Boston Celtics (January 3, 2018 and March 9, 2018).

Irving is averaging 26.5 points per game, but injuries have limited him to 15 games. He missed 26 games due to right shoulder impingement, and the Nets went 13-13. Irving also missed Brooklyn’s 117-111 home loss to the Philadelphia 76ers on Monday night due to right hamstring tightness but he is listed as probable to face the Lakers.
With or without Irving, the Nets are hoping to end a four-game skid and a 2-11 slide while facing one of the NBA’s best defenses.

“They’re an elite defense,” Nets coach Kenny Atkinson said of the Lakers. “(JaVale) McGee and (Dwight) Howard are absolutely playing, really protecting the rim. They obviously have elite perimeter defenders with LeBron and Danny Green and all those guys.”
“Anthony Davis, we all know, he has turned into really a two-way player in this league, and I’m really impressed by his evolution over the years where he has become really hard to score on. Great challenge for us.”

Brooklyn are 0-4 in a stretch of five straight games against upper-echelon teams, and the Monday loss to Philadelphia was the closest final margin.
The Nets were unable to stop Ben Simmons from getting a 34-point triple-double and they committed 10 of their 22 turnovers in the fourth quarter.