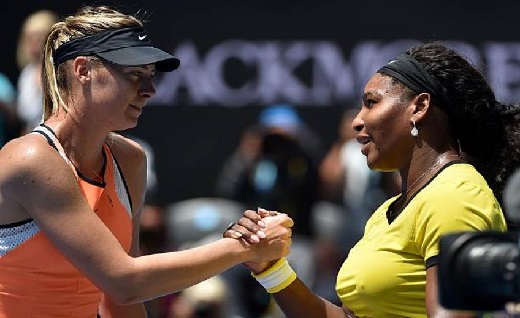 Maria Sharapova will replace Serena Williams in the Greenbrier Tennis Classic event that will take place on Friday, September 13 and Saturday 14. The American player withdrew from the event due to a schedule conflict, as she wants to take a break following the US Open.

“They are two of the best to have ever played the game, and they are great ambassadors for the sport. We are so lucky to have them come and play in our beautiful stadium in front of what I know will be an enthusiastic crowd”.

In a press conference in Toronto, Serena commented on how her life has changed since when she became a mother of her daughter Alexis Olympia in September 2017. The American player said: “It’s been just such an addition to my life as a person and as a professional tennis player.

I have different priorities. I schedule my life around my daughter and it’s cool because I always have something really spectacular to look forward to. Whether I’m winning or whether I lose a match, there’s just a whole different part of my life now that I’m just excited to go see.”