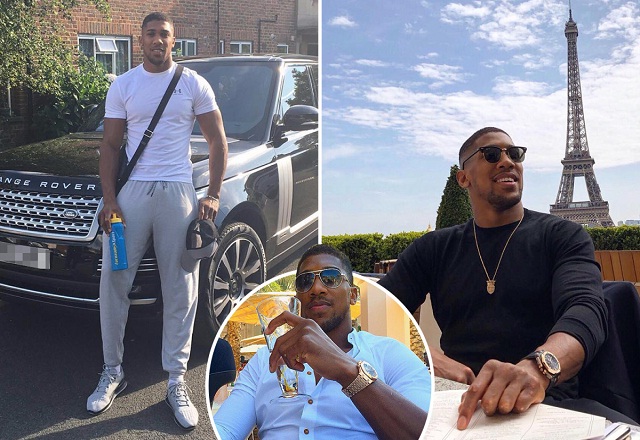 But despite being worth £35million and living a life of luxury, British boxing champion Anthony Joshua is so humble that he still lives in an ex-council house with his mum – and gets everything from his luxury holidays to his clothes for free. 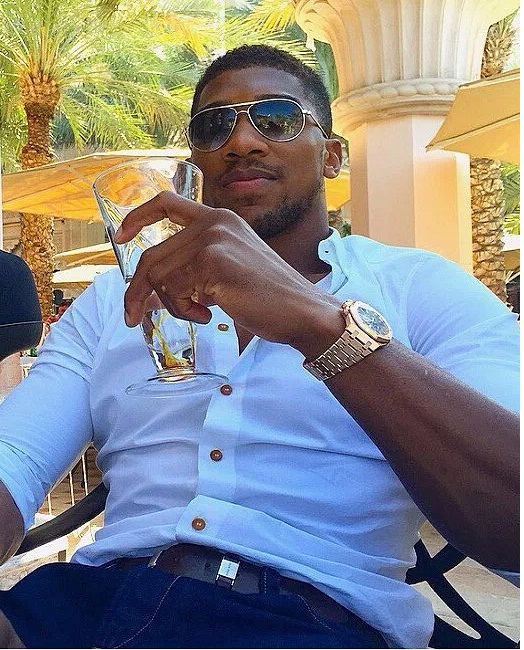 The boxing star also has a humble two-bed flat in Sheffield that he uses when training, which features a master bedroom with a single bed, worn out sofas in the living room and just one communal bathroom.

And while Joshua might be one of the few people in the country not to have to worry about the cost of his weekly supermarket shop, it seems he doesn’t even pay for his own cartons of eggs, with his sponsors paying for his meal prep as well. 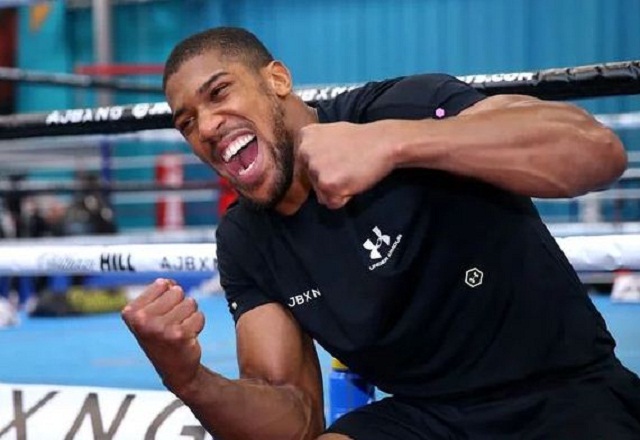 The 6ft 6in 29-year-old – who is set to fight Mexican Andy Ruiz Jr in New York’s Madison Square Gardens on Sunday – instead banks all his money, only splashing out on treats for his family, not himself.

His right-hand man and marketing manager, Freddie Cunningham, says that despite having “a lot of money,” Joshua “doesn’t live the life that he could.” 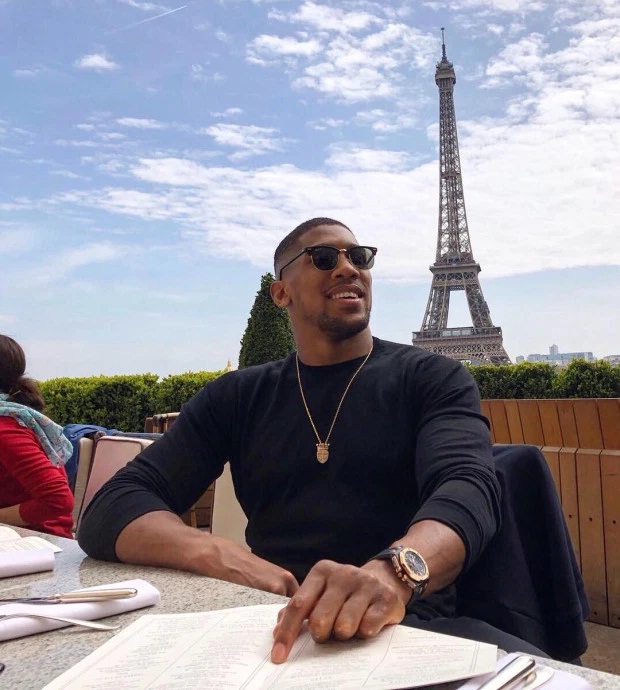 Anthony Joshua having fun in paris 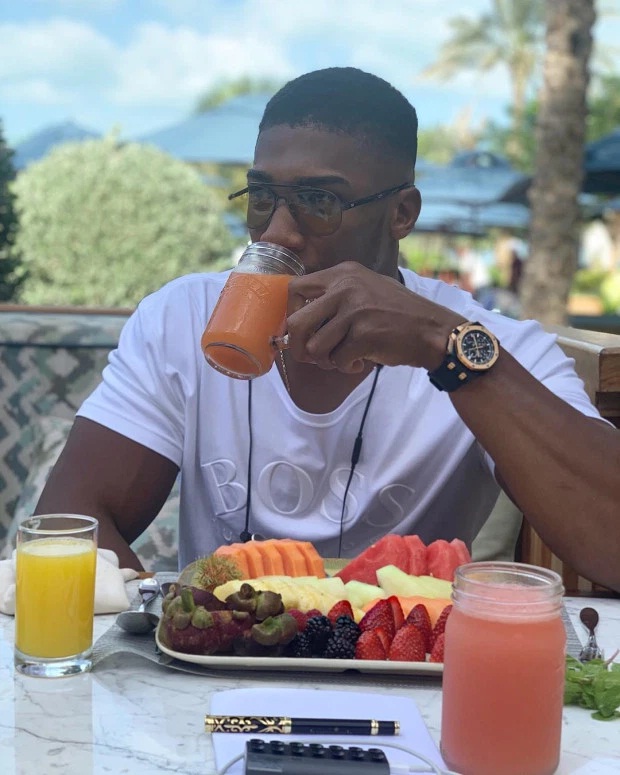 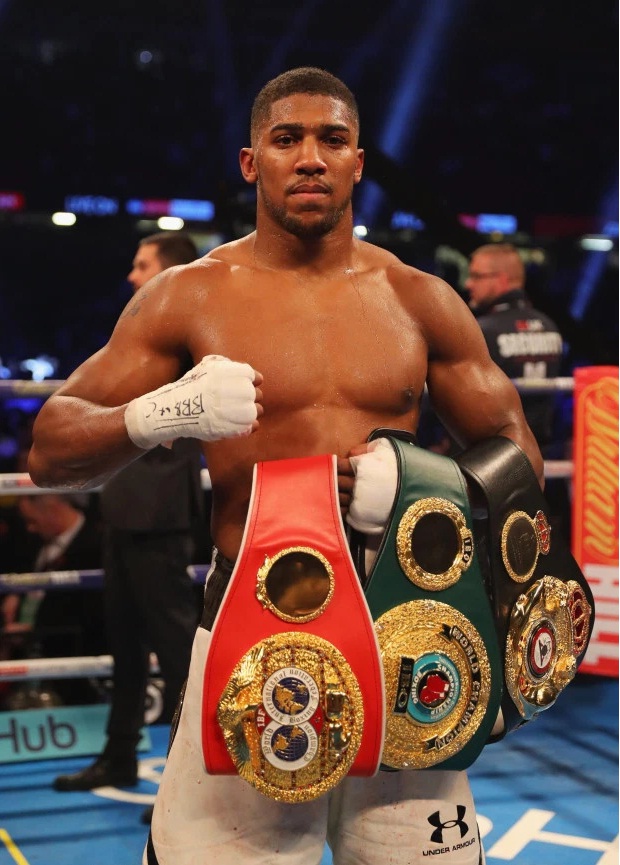 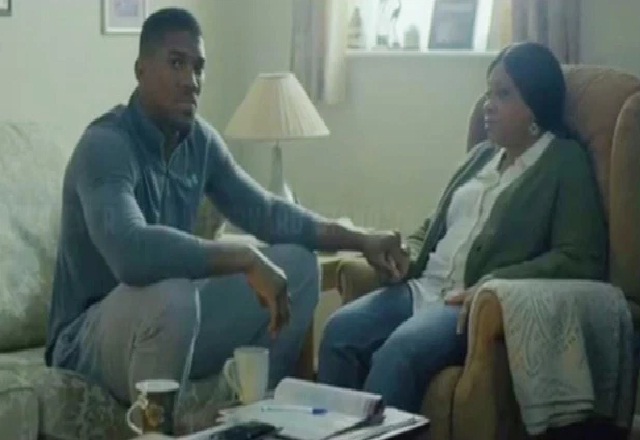 Anthony Joshua and his mum Yeta Odusanya in their home 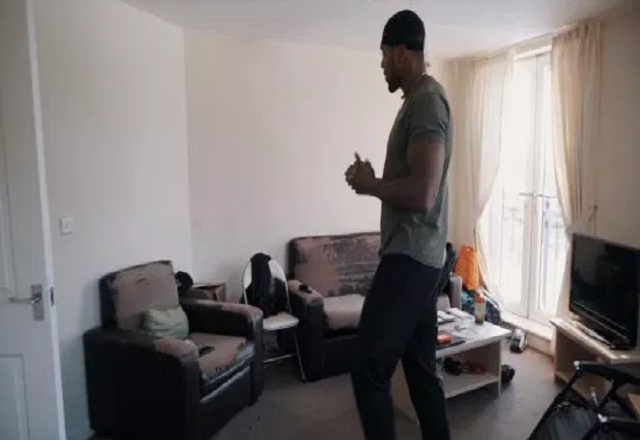 “From the outside, it probably looks like he does. He’s seen in private jets, wearing expensive watches, and driving around in nice cars,” he told Business Insider.

“But the jets are all sponsored. We’ve never paid for a private jet, or a helicopter, in our life. He gets a signature car from Land Rover.

“He’s not spending that money. He’s accumulating money. He’s living a lifestyle that probably everyone wants him to live, or see him live, but he’s doing it in a smart way. Tactful.” 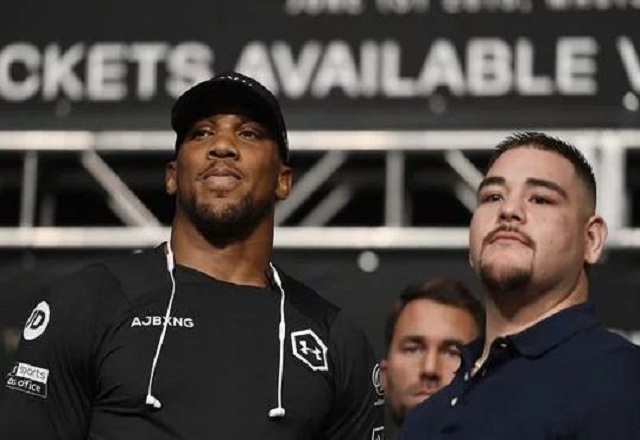 Joshua has 12 endorsement deals currently under his heavyweight belt – earning him an estimated £5m per year – ranging from clothing, electronics and cars that keep him in the money when he isn’t fighting opponents.

AJ is sponsored by US sportswear giant Under Armour – who provide him with a private jet, as well as paying him a seven-figure salary.

Showing the interior of the £45million black G550 ahead of his trip to the States to face Ruiz, AJ said: “These type of things aren’t ordinary, in my daily life and in many other people’s daily lives, so it’s a blessing.

“However, my view is even though I enjoy it and the door has been opened for me, I can’t forget to open the door for people who have come with me and the people who aren’t in a position to enjoy this type of luxury.

“I never get too lost in the source and get carried away with these types of things.”

The company also provide the IBF world heavyweight champion with his in-ring attire and training wear, including all tracksuits and trainers.

Anthony also has free use of a helicopter, provided to him by Beats by Dre, who he’s been the face of since 2017.
Free car when his was stolen

Now, thanks to his partnership with Jaguar Land Rover – which is rumoured to be worth £790,000 a year – AJ rolls round London in his choice of a fleet of luxury wheels, including a customised white Jaguar XJR, worth £93,000. 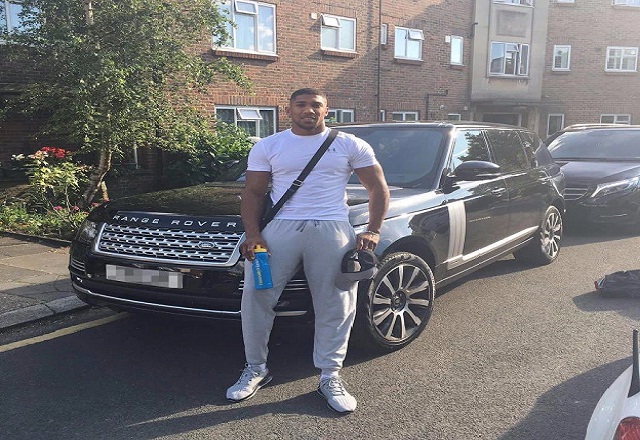 His favourite motor is his personalised black Range Rover, which he says “looks very professional and sets a standard”

He was furious last year when, just days before his fight with Alexander Povetkin, his bespoke £150,000 motor – gifted to him by his sponsors – was stolen outside of his cousin’s house.

Luckily the company replaced it with a new one immediately.
Free trips to Dubai, Miami and Jamaica

When he isn’t sparring, AJ enjoys exotic holidays with his family and friends, with his Instagram showing him recently in Dubai, Jamaica and Miami.

Again, most of these trips are sponsored by countries and resorts who want the privilege of having the sporting icon spotted hitting their hottest tourist spots. 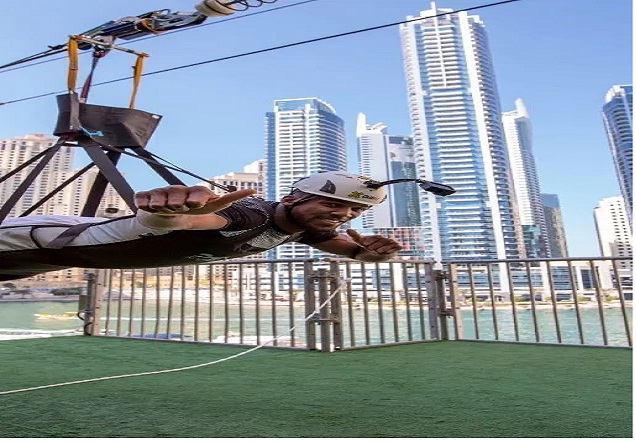 Cunningham said: “We have a partnership with Dubai Tourism and they really like him and get his philosophy on life, his morals, everything.

“He resonates with that territory. They want to bring boxing there. Hopefully we can do something there.”

Anthony has even stayed at the Nobu Miami Beach Private Villa, which costs £5k per night and the Grand Hyatt Erawan Bangkok, where luxury villas are rented out for £4k a week.
A free watch worth more than a house

Anthony came from humble beginnings on a council estate in Watford, where he got into trouble with police as a wayward teenager and spent two weeks on remand in Reading prison after being found in possession of cannabis.

He now says he knows the value of the money he’s made. 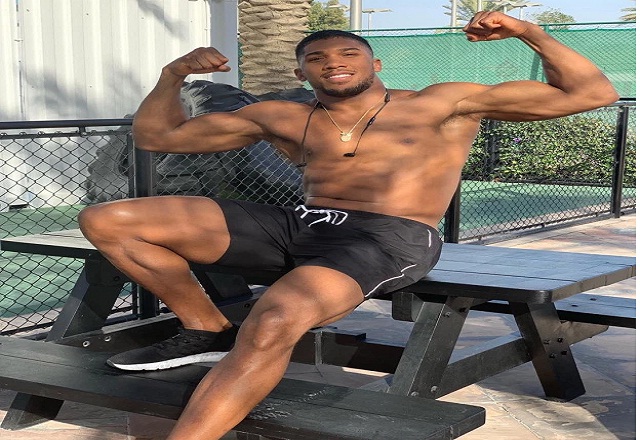 But despite keeping his purse strings shut, he still wears jewellery and clothes worth thousands.

He was recently gifted a £350,000 watch worth more than the average house, thanks to his partnership with luxury jewellers Audemars Piguet.
Free gym, concerts and food

In January, Joshua helped to open state of the art BXR gym in London’s Marylebone along with his promoter Eddie Hearn.

Joshua said: “I spend the majority of my life in the gym, so I know what is required to make a truly great one.”

Ahead of his fight with Ruiz, he returned to train at his former gym, ABC Finchley, for free.

AJ doesn’t even have to spend much on his weekly shop.

Anthony Joshua is worth a whopping £35 million

His high protein diet is funded by his deal with Bulk Powders. He’s also sponsored by Lynx and Axe, so that’s his beauty and hygiene regime sorted.

And if he wants to treat his family and friends to a free dinner, he can flash his black card at Nando’s and get it for free.

He doesn’t even have to pay to attend gigs, concerts and sporting events, having the luxury of VIP suites through his endorsement with StubHub ticketing agency, while he gets free Sky TV through his deal with Sky Sports.