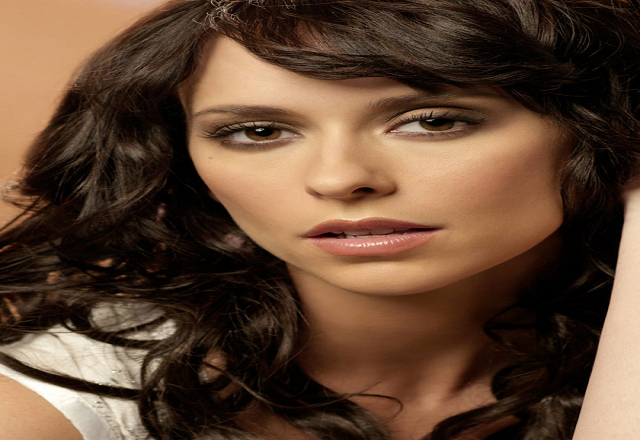 On the Fox drama 9-1-1, Jennifer Love Hewitt takes emergency calls in the call center. While on summer hiatus, Hewitt spring into action in real life when she witnessed an emergency right before her eyes.

“Just a week ago, an older woman tripped on a Bird scooter on the sidewalk,” Hewitt told a group of reporters in the Television Critics Association in August. “Her head was open and she was on the ground, so I was there to assist her before 911 got there.”

Working on 9-1-1, which returns to FOX TV on Monday, gave Hewitt some background on how to help in emergency situations. The primary lesson was to talk to the person in need.

“The biggest thing is just how integral that voice is in those first moments of traumatic experience,” Hewitt said. “I was very aware of the fact that that voice is a very special thing. I knew that, but I don’t think I understood how deeply until playing Maddie.”

9-1-1 introduced Maddie in the second season after Connie Britton departed the show. Even dealing with fictional emergencies takes its toll on Hewitt.

“We talk about a lot of scary, terrible things all the time,” Hewitt said. “So letting that go at the end of the day is a challenge.”

After one season on 9-1-1, Hewitt hasn’t developed any secrets to decompressing after an intense workday. The old standbys work.
“A shot of vodka — that usually helps the situation,” Hewitt said. “That seems to be my method so far. We’ll see if I come up with anything else.”

The opportunity to join 9-1-1 also ended a period for Hewitt remaining a stay-at-home mom. She took two years off when she had her son, Atticus, and joked that Atticus, now 3, and his older sister Autumn, 5, were ready for her to go back to work.

“My kids handled it so much better than I did,” Hewitt said. “They were like, ‘Get out of here. We’re tired of your face and your stories.’ No, they’ve been great. My daughter loves the craft service truck. Everyone in the crew is so welcoming to them. My daughter thinks it’s super cool that I have this fun job, that I get to put on pretty dresses and go out for the evening. It’s been really nice for me to come back.”

Hewitt expected to feel more conflicted, but she’s happy to be an example of a work-life balance for her children.

“There was definitely a moment where I was like this should feel harder on the people that I love that I spent all this time,” Hewitt said. “It’s what you want.

That’s always the balance I think. You don’t return the same person after having children, but you hope that you can return back to the parts that you really loved and that defined who you are. I do think it’s important to show your children that you are something other than just their parent.”

Returning to work, Hewitt said she has new tools at her disposal thanks to her marriage to Brian Hallisay and their children.

“In acting now, it’s been a really interesting gift because your job as an actor is to crack yourself open as much as possible and give that to people,” Hewitt said. “The love that you have for your children opens you up in a way that makes you more vulnerable than you could ever possibly imagine.

“Before, I had to imagine what that was like. Now, I actually feel that on a daily basis in good ways and in bad ways, depending on the day, the moment with your kids and your husband and whatever. It’s a much more accessible thing for me now in a way that I didn’t know was possible.”

Autumn may have mistaken Hewitt’s performance for a real 911 operator.

“It was funny. They were studying emergency situations in school the other day, and she was like, ‘Oh, well, if you get an emergency situation, just call my mommy, but she’s not going to help you. She’s going to send someone else to do it,'” Hewitt said.

“I was like, ‘Thanks a lot, babe.’ She asked me, ‘How come you always answer the phone but you don’t actually help anyone?’ I’m like, ‘You know what? Everyone’s a critic.’ It’s cute. She really gets a kick out of it.”

Many of Hewitt’s classic ’90s roles are coming back, too. James Wan is producing a new adaptation of I Know What You Did Last Summer and Hewitt is all for it. She played the teenage girl stalked by a murderer in a fisherman’s slicker for covering up a hit-and-run the previous year.

“Can I play the creepy old lady in the back of the cafe?” Hewitt joked. “I totally graduated to creepy old lady who’s like, ‘Don’t go with that fisherman.’ That would be amazing. I want to do that. I could be the fisherwoman. No, I don’t want to play that part. That’s creepy and that thing’s hot.”

Party of Five’s creators are reimagining that show for Freeform. It’s still a drama about five siblings who have to step up when they lose their parents. This time, they focus on an immigrant family whose parents are deported.

“I’m so excited for it,” Hewitt said. “I can’t wait. I love Chris Keiser so much and Amy Lippman. I love the first show and I’m excited to see this one.”

Related Topics:Jennifer Love Hewitt
Up Next

How Jennifer Aniston Stays Motivated to Exercise: ‘You Just Have to Bite the Bullet’