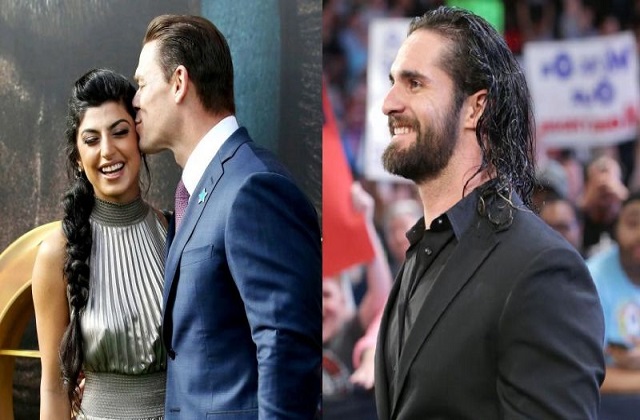 WWE Superstars Seth Rollins and Becky Lynch were recently seen attending the ‘Dolittle’ premiere, which features former WWE Superstar John Cena voicing the role of Yoshi. Cena and his girlfriend Shay Shariatzadeh posed for a bunch of pictures with Rollins and Lynch, and Lynch later took to Twitter to thank Cena for putting her over on an episode of SmackDown Live last year. 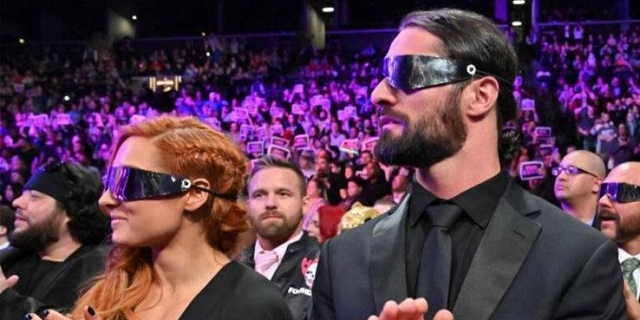 Soon after, Rollins spoke with US Magazine and talked about Cena’s relationship with Shariatzadeh.
[John and Shay] look incredible together. I have not seen him this happy in a long time. So that’s really cool.
Shay is an electrical engineer and project manager. Cena was first spotted with her last year in March. The 16-time World Champion was in a relationship with former WWE Diva Nikki Bella, long before meeting Shay. At WrestleMania 33, Cena and Bella defeated The Miz and Maryse in a Mixed Tag Team match, following which Cena proposed to Nikki, to which she said yes. The duo ended their relationship a year later. Bella later got into a relationship with her “Dancing With The Stars” partner Artem Chigvintsev in early 2019. The couple announced their engagement on January 3, 2020.